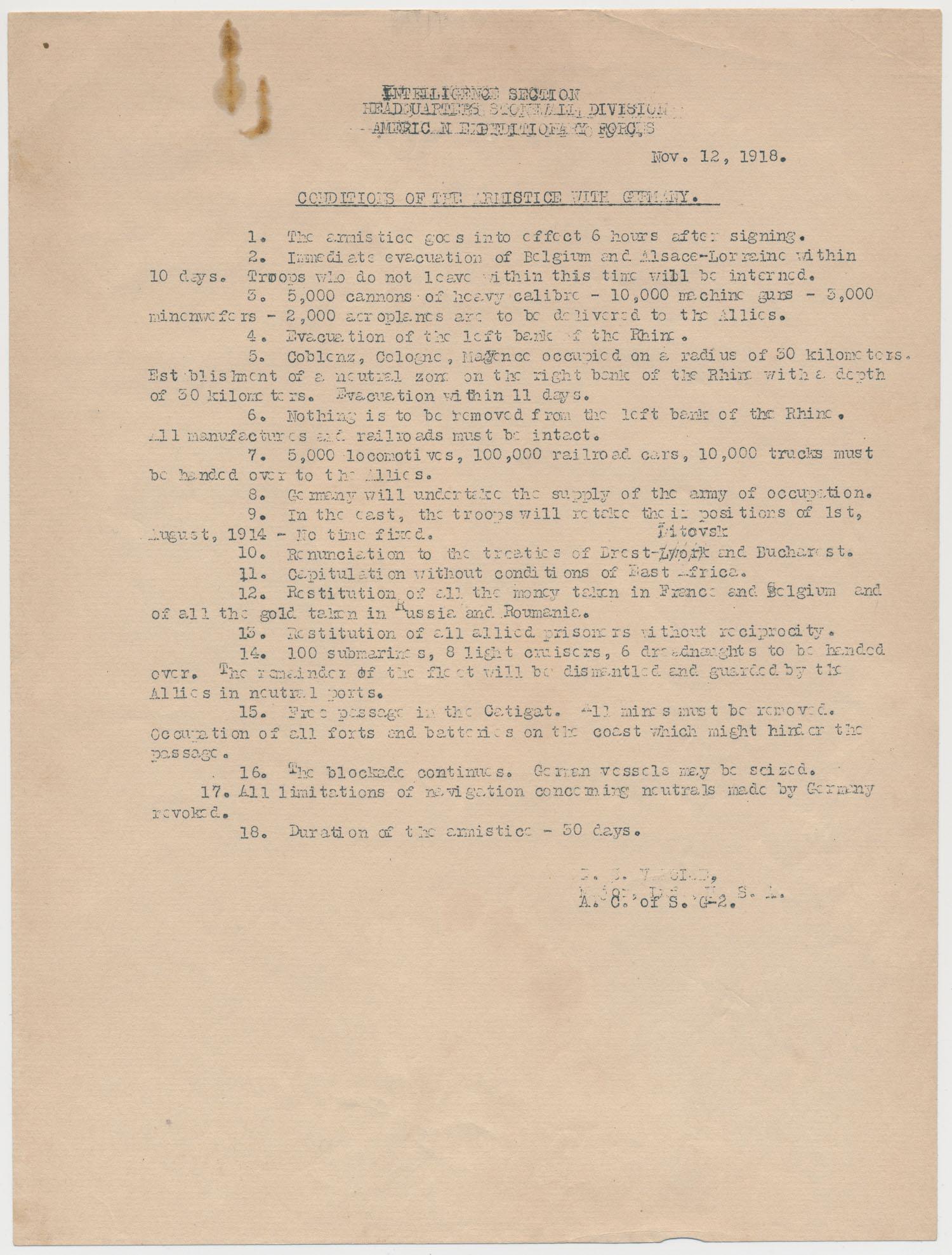 ALLIED 'CONDITIONS OF THE ARMISTICE WITH GERMANY'

Description: ALLIED 'CONDITIONS OF THE ARMISTICE WITH GERMANY'
A great content printed document from the Intelligence Headquarters of the American Expeditionary Force, 4to., bearing the conditions of the armistice with Germany, dated Nov. 12, 1918 - one day after the armistice was issued. The document notably sets forth incredibly harsh expectations on Germany, including: 'Germany will supply the army of occupation', 'Restitution of all money...and gold taken', and '100 submarines, 8 light cruisers, 6 dreadnaughts to be handed over...' Similar penalties famously caused extreme resentment in Germany, creating a perfect climate for Hitler's rise to power. Paper clip stain, else fine. The letter was undoubtedly sent to Col. Thatcher T. P. Luquer, commander of the 306th Engineers Regiment, 81st Division, whose regiment saw service in Tronchoy, St. Die, Langres, and the Sommedieue sector of the Meuse-Argonne offensive shortly before war's end. Luquer was commander of the 306th Regiment, then at the front. Consigned by a direct descendant. Rare.