Back to catalog
Lot 34 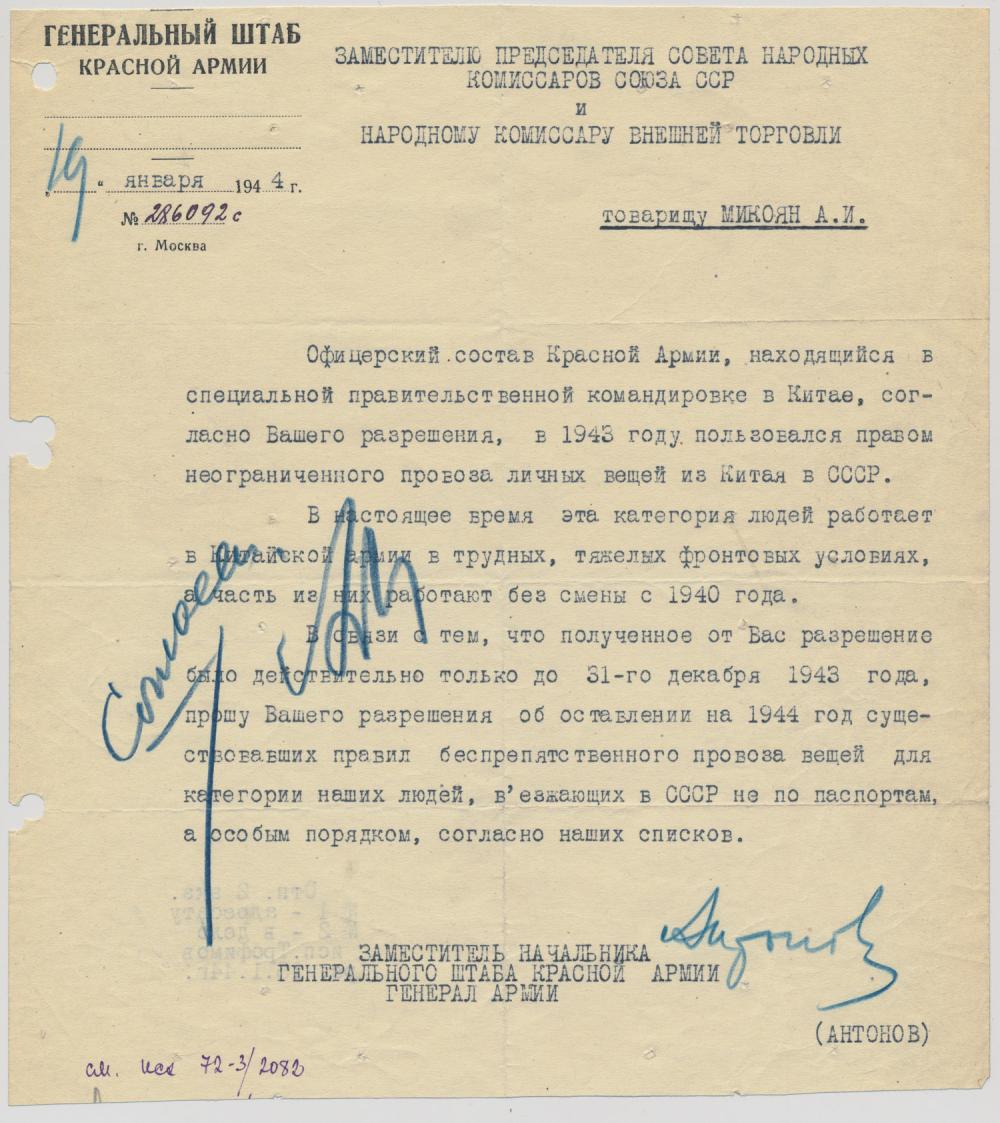 Description:
ALEXEI ANTONOV (1896 - 1962) Soviet general, awarded the Order of Victory for his efforts in World War II. Antonov was Deputy Chief of General Staff and Head of the Operations Directorate, a pivotal role within the Stavka. Outstanding war-date D.S., 1p. 4to., 1944, asking permission from ANASTAS MIKOYAN (1895 - 1978), then the People's Commissar of Foreign Trade, to import an unlimited number of personal items by Russian officers serving in China. Antonov signs at lower-right, while Mikoyan signs at lower left. File holes with some loss thereto, trimmed, else fine.