Back to catalog
Lot 25 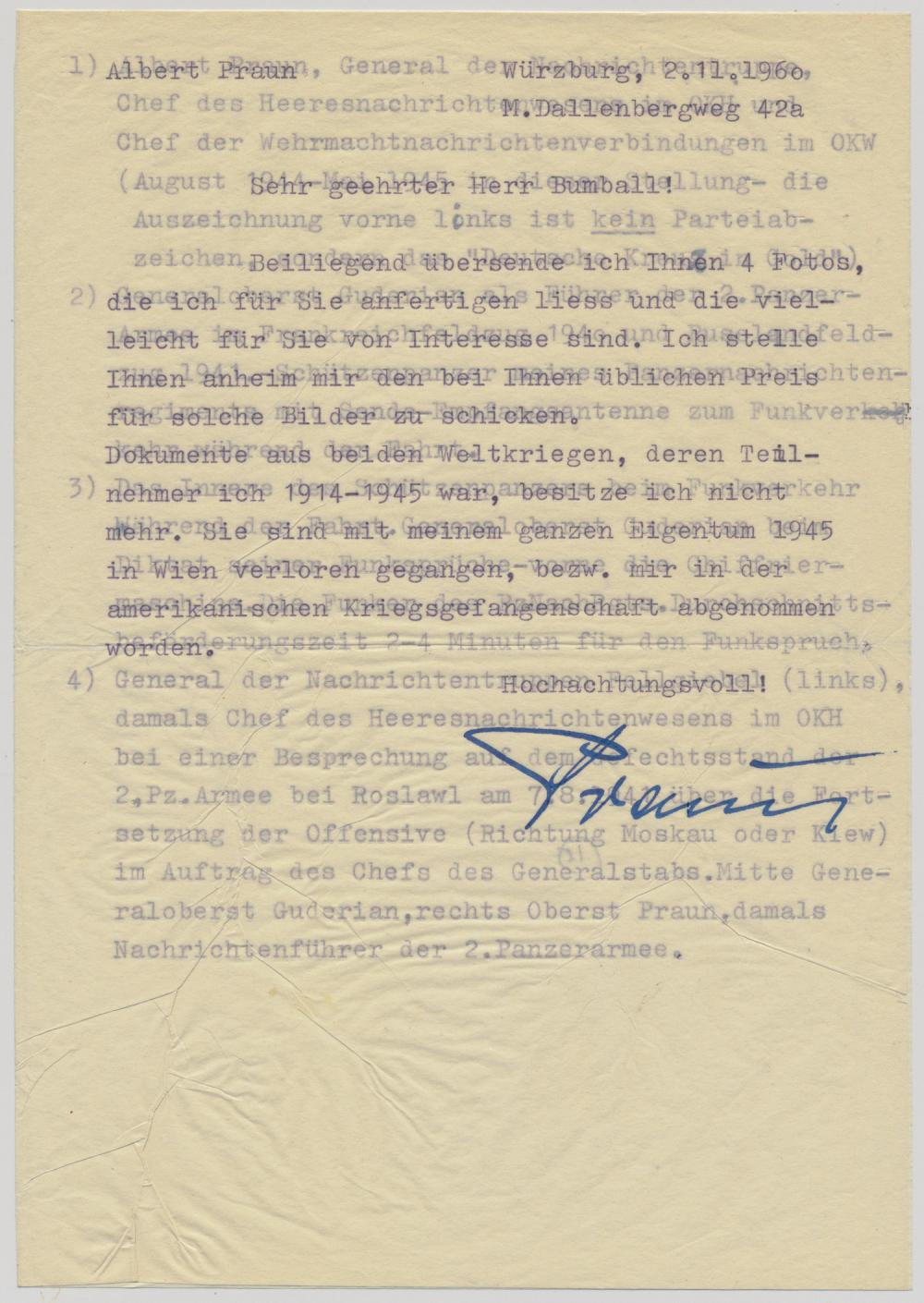 Description:
(1894 - 1975) German general who became the Chief Signals Officer of the Wehrmacht during World War II. When General Erich Fellgiebel and then his deputy Fritz Thiele were arrested and subsequently executed for their roles in the July 20 plot, Praun was appointed to succeed them. T.L.S. 'Praun', 2pp. 8vo., Wurzburg, Nov. 2, 1960, forwarding four photographs to an American collector (three not present), adding: 'the documents from both World Wars I took from 1914 to 1945 got lost with me in Vienna, when I was taken as an American prisoner-of-war'. Signed in blue ink at the bottom of the first page. Sold with an unsigned photograph, 3.5 x 5.5 in., as mentioned in the above document, showing Praun with Heinz Guderian and another German officer.