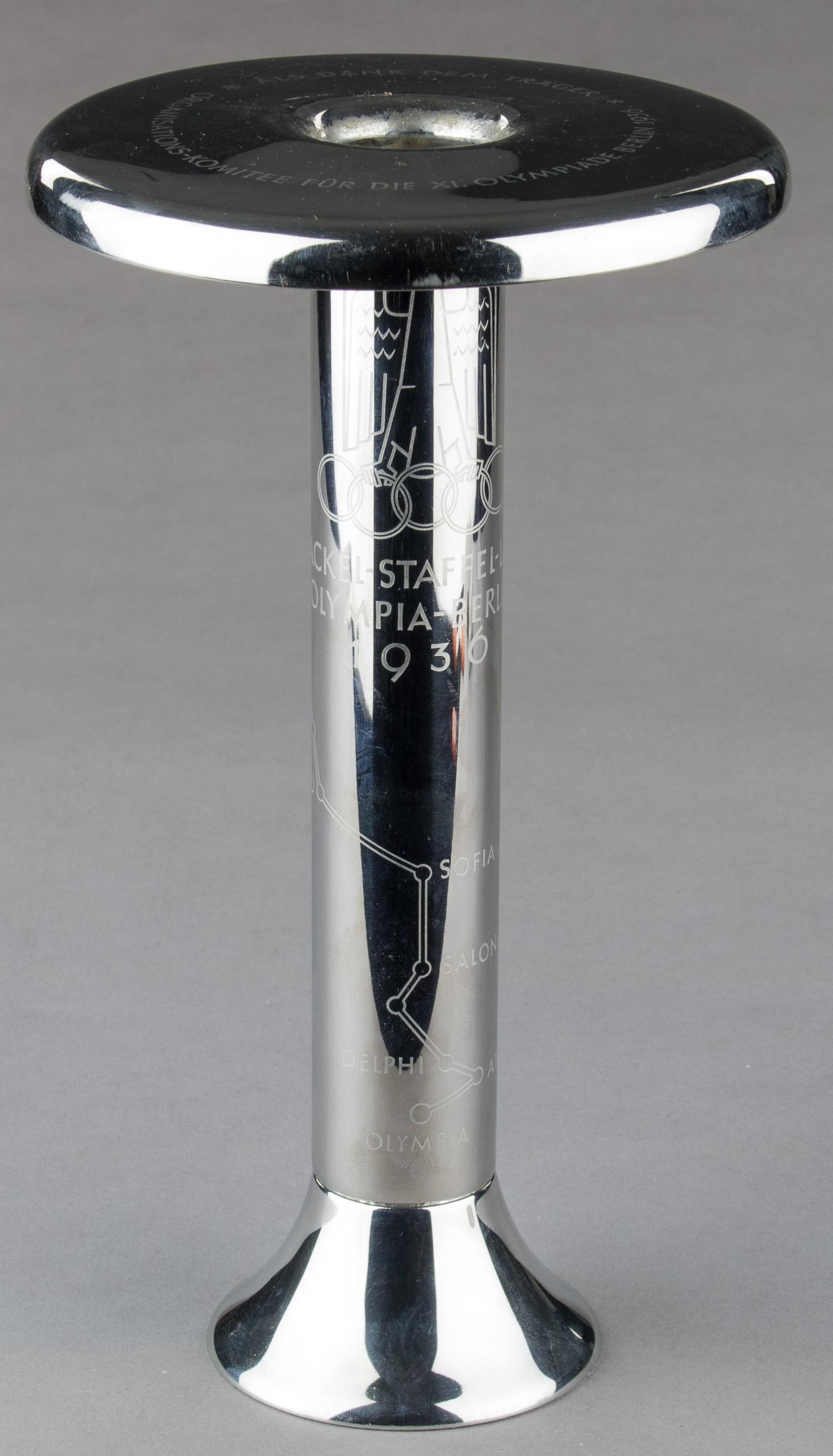 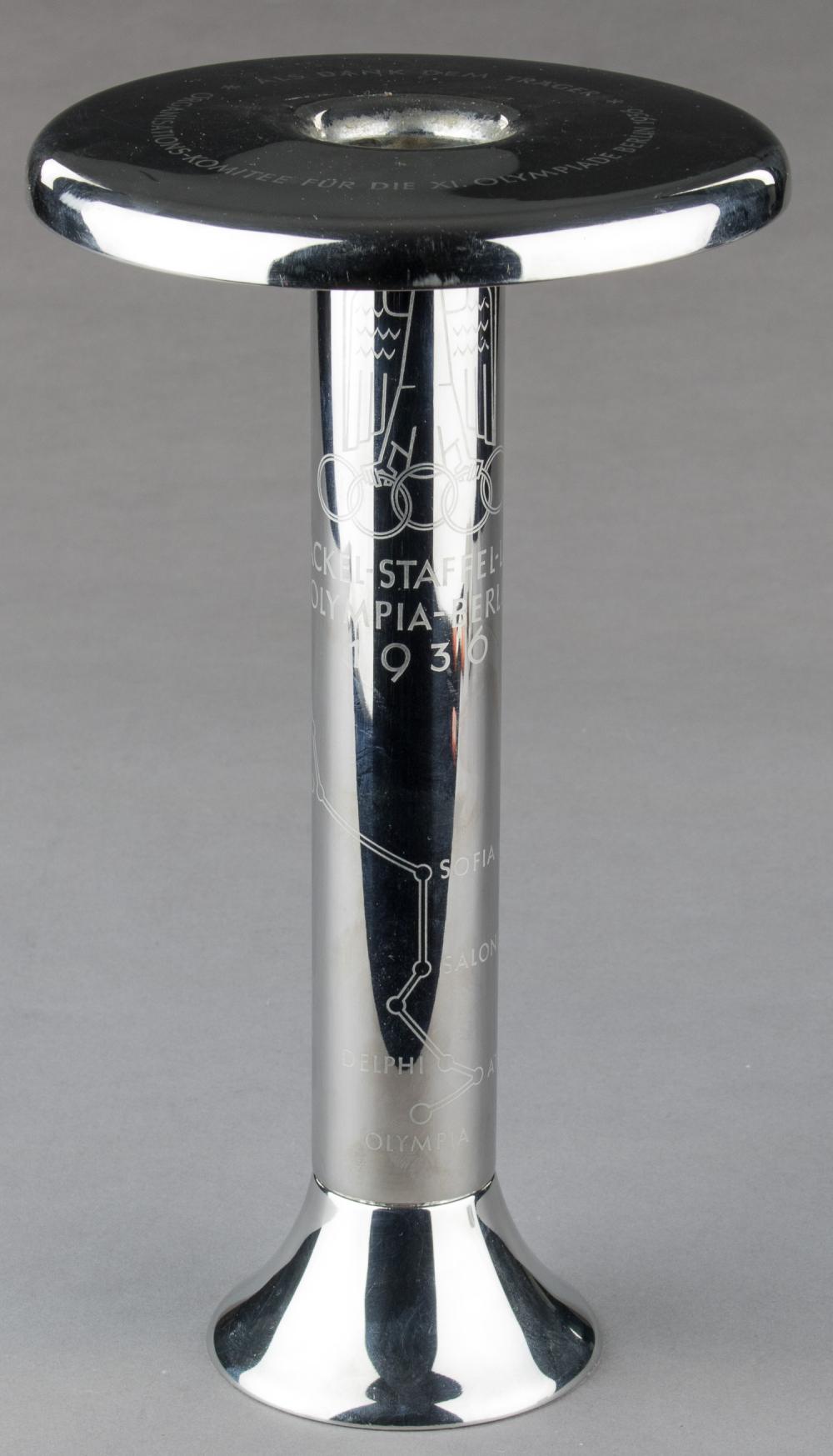 An extraordinary Olympics relic, an original torch from 1936 Berlin Olympics, used in the first torch relay to bring the Olympic flame from Olympia to Berlin. Designed by Entwurf Walter E. Lemcke, Berlin and made by Krupp, Essen, the torch stands 10.5 in. tall and 6.125 in. across the top. It is lightly etched with a Germanic eagle clutching five Olympic rings above the legend: 'FACKEL-STAFFEL-LAUF OLYMPIA-BERLIN 1936'. Also illustrated is the route the flame took, from Olympia, Greece to Berlin. The top of the torch is further etched: 'ALS DANK DEM TRAGER ORGANISATIONS-KOMITEE FUR DIE XI. OLYMPIADE BERLIN 1936'. The underside of the top tray also is engraved with maker's name and steel type. Uniquely, the top edge bears some of the original paper. The torch weighs approx. 510 grams, and is in absolutely pristine condition with an incredible shine. According to our consigner, an experienced collector of relics and memorabilia from the 1936 Berlin Olympics, this torch was carried by a Croatian to Subotica, where a ceremony was held on July 28, 1936 at 2:35AM. These torches, a total of just over 3,000, were kept by those running the Olympic flame as gifts offered by the German Olympic Committee. Photograph not included, used for display purposes only.