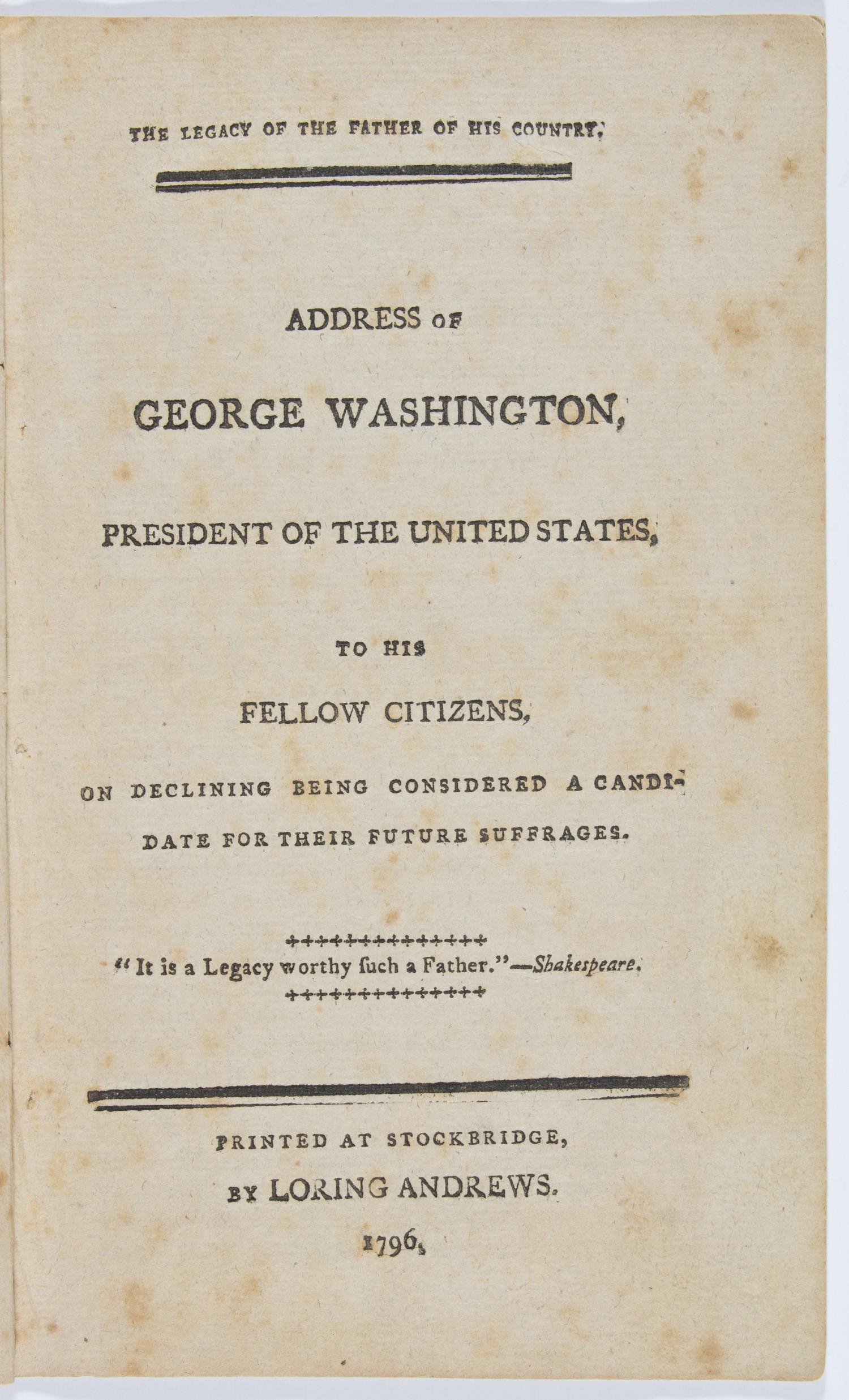 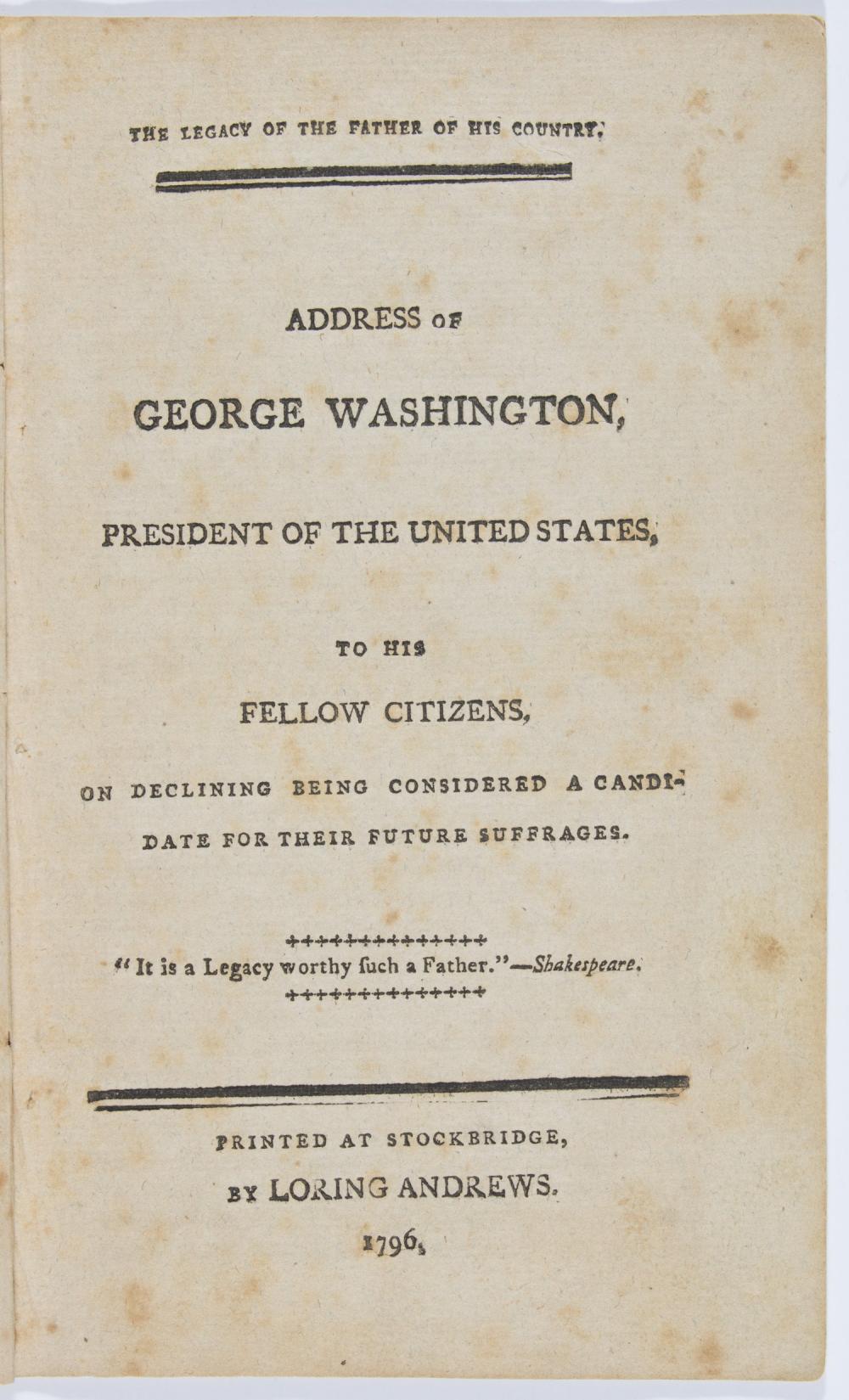 1796 IMPRINT - GEORGE WASHINGTON'S FAREWELL ADDRESS
Rare imprint: 'The legacy of the Father of his Country : Address of George Washington, President of the United States, to his fellow citizens, on declining being considered a candidate for their future suffrages.', (Stockbridge, Mass.: Loring Andrews),1796. 26pp. 8vo., disbound with foxing to first page, much less so within. Last page bears a 1.25 in. clean tears above Washington's signature in type, slightly intruding on the text but with no paper loss, two negligible marginal chips on the same page. Washington's brillian address, perhaps his most famous, reads in part: '...I should now apprise you of the resolution I have formed, to decline being considered among the number of those out of whom a choice is to be made...I have, with good intentions, contributed towards the organization and administration of the government the best exertions of which a very fallible judgment was capable...The unity of government which constitutes you one people is also now dear to you. It is justly so, for it is a main pillar in the edifice of your real independence...much pains will be taken, many artifices employed to weaken in your minds the conviction of this truth; as this is the point in your political fortress against which the batteries of internal and external enemies will be most constantly and actively (though often covertly and insidiously) directed...every part of our country thus feels an immediate and particular interest in union, all the parts combined cannot fail to find in the united mass of means and efforts greater strength...the Constitution which at any time exists, till changed by an explicit and authentic act of the whole people, is sacredly obligatory upon all...cunning, ambitious, and unprincipled men will be enabled to subvert the power of the people and to usurp for themselves the reins of government, destroying afterwards the very engines which have lifted them to unjust dominion...I anticipate with pleasing expectation that retreat in which I promise myself to realize, without alloy, the sweet enjoyment of partaking, in the midst of my fellow-citizens, the benign influence of good laws under a free government...'