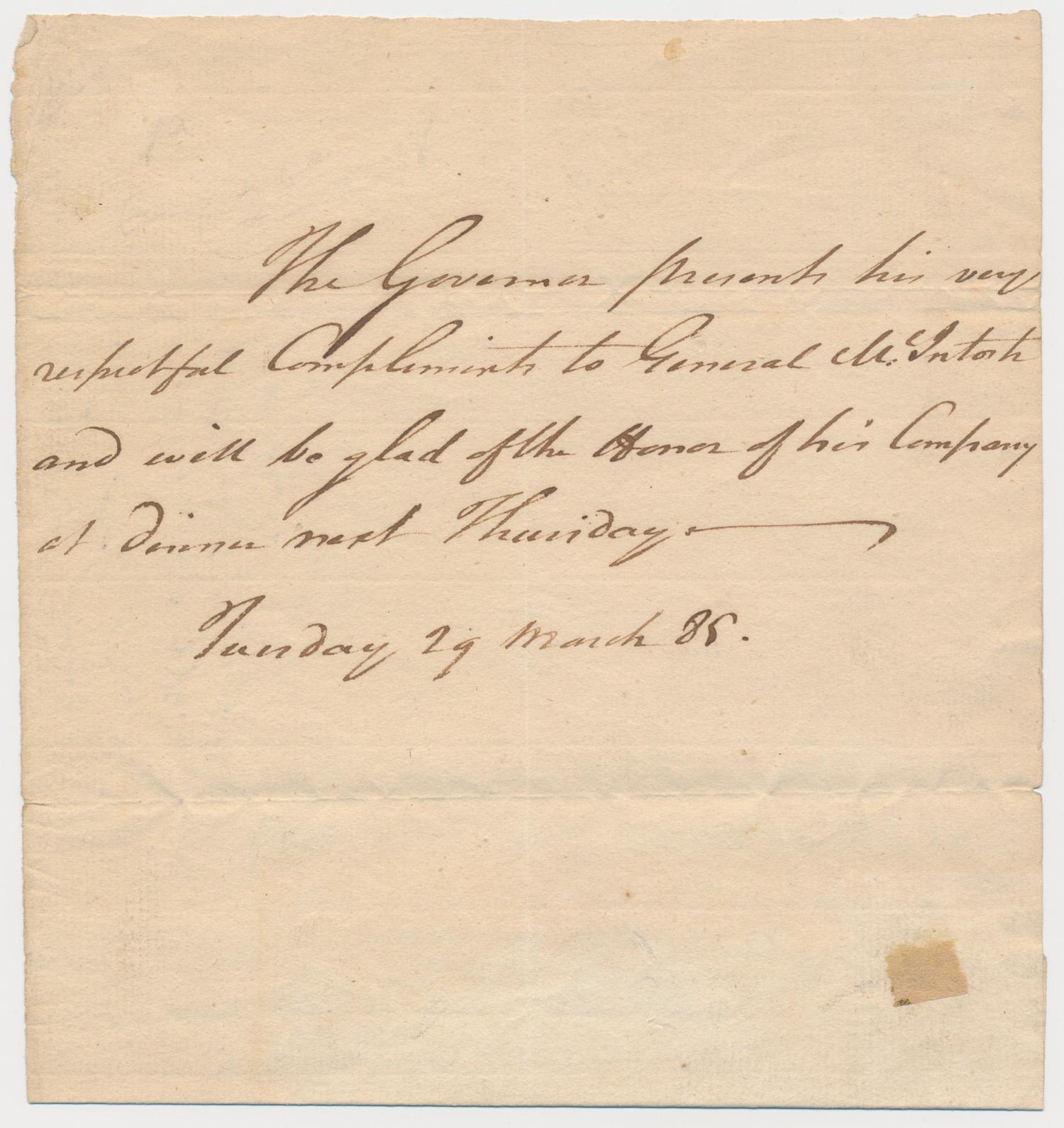 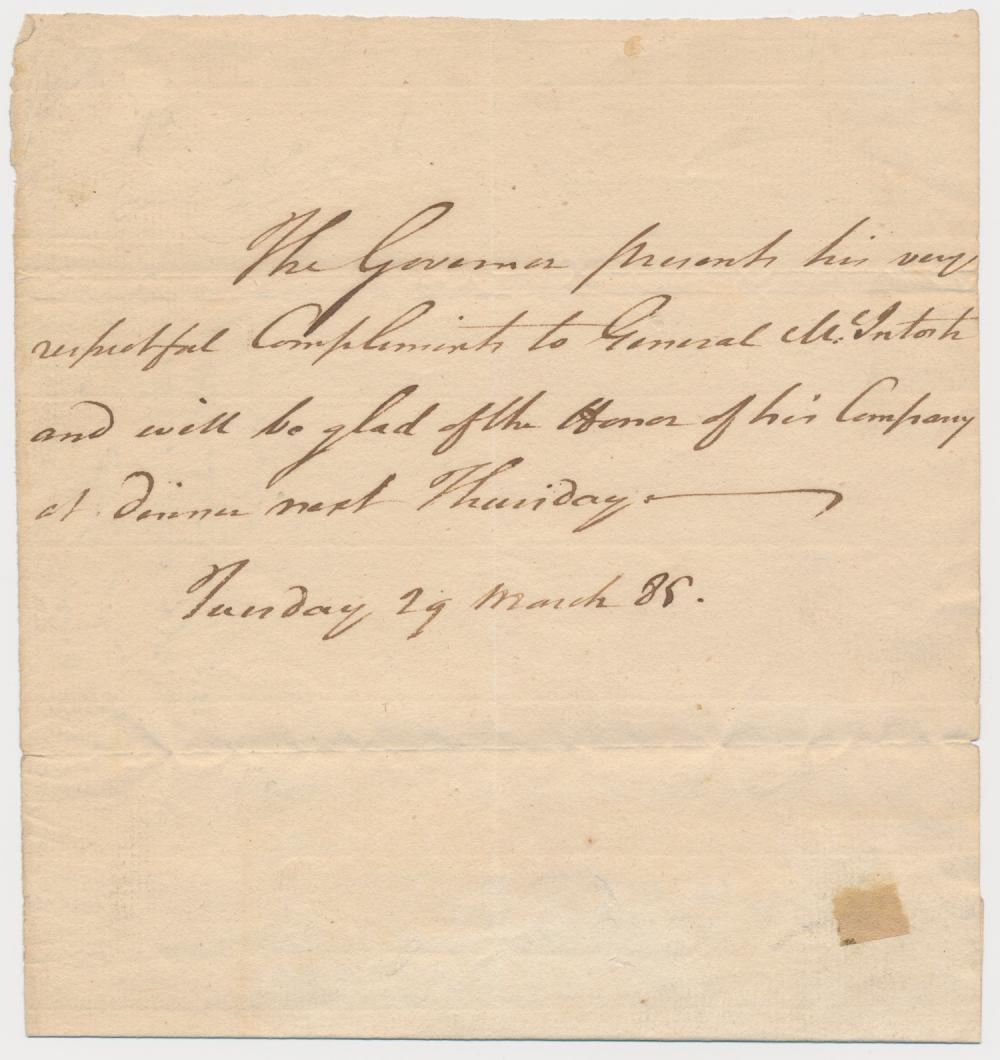 
(1740 - 1788) American merchant, soldier, and politician from Savannah, Georgia. Elbert commanded the victorious naval forces at St. Simons Island, Georgia on April 19, 1778. He was wounded and captured at Brier Creek the following year, later exchanged. He rose to the rank of major general in the Georgia militia, colonel in the Continental Army. and was brevetted a brigadier general. He also served as Governor of Georgia. Fine association A.L.S. in the third person as 'The Governor', 1p. 8vo., [n.p.], Mar. 29, 1785 to fellow general and militia leader LACHLAN MCINTOSH (1725-1806). In part: 'The Governor presents his very respectful Compliments to General McIntosh and will be glad of the Honor of his Company at dinner next Thursday...' Trace of brown paper affixed at lower-right, else near fine. The relationship between Elbert and McIntosh was a durable one forged in war - both had fought incursions along the coast, and both were of course very familiar with Button Gwinnett, killed by McIntosh in a duel.