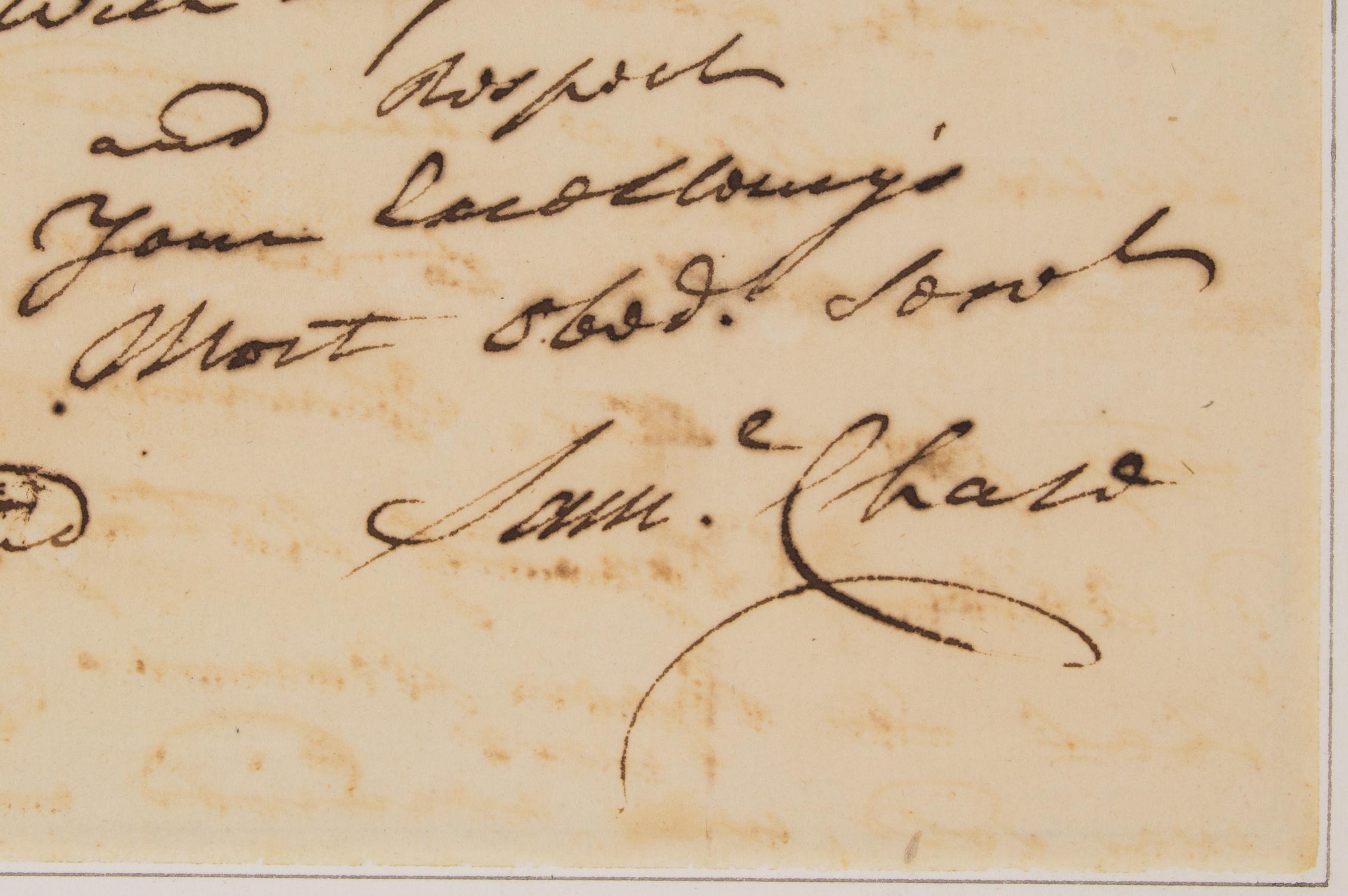 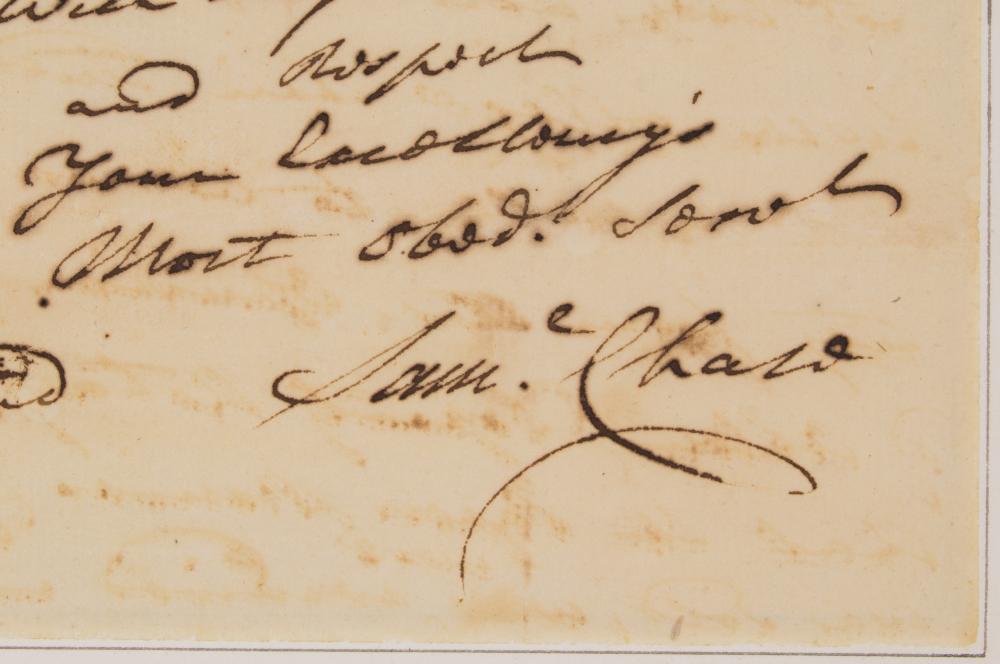 
(1741 - 1811) Signer of the Declaration of Independence for Maryland, traveled with Franklin and Carroll to Canada in an attempt to secure that colony to join the rebellion, later appointed by Washington to the Supreme Court but impeached through the efforts of John Randolph. Rare, fine association A.L.S. 'Sam'l Chase', 3pp. 4to., London, June 9, 1784 to fellow Maryland Signer of the Declaration of Independence, Maryland Governor WILLIAM PACA (1740-1799) who has docketed the letter on the verso. Chase writes, in part: '...I wrote your Excellency on the 20th of last month...after [?] delay in violation of repeated promises...this Day the Chancellor ordered that all the Stock...should be transferred by the Trustees to the accountant favorably in Trust...subject to the order of the court...the Chancellor also ordered, that the money...in the Bankers hands...be paid by the Trustees to the accountant...I shall present an official copy of the order...to your Excellency...' Much more financial content re: stocks, property sales, 'Trustees of Buchanan', etc. which should be researched. On the verso, Paca writes: '9 June 1784 Samuel Chase Esq.'. Moderate show-through of ink on verso, else very good. Expertly inlaid to a larger leaf.