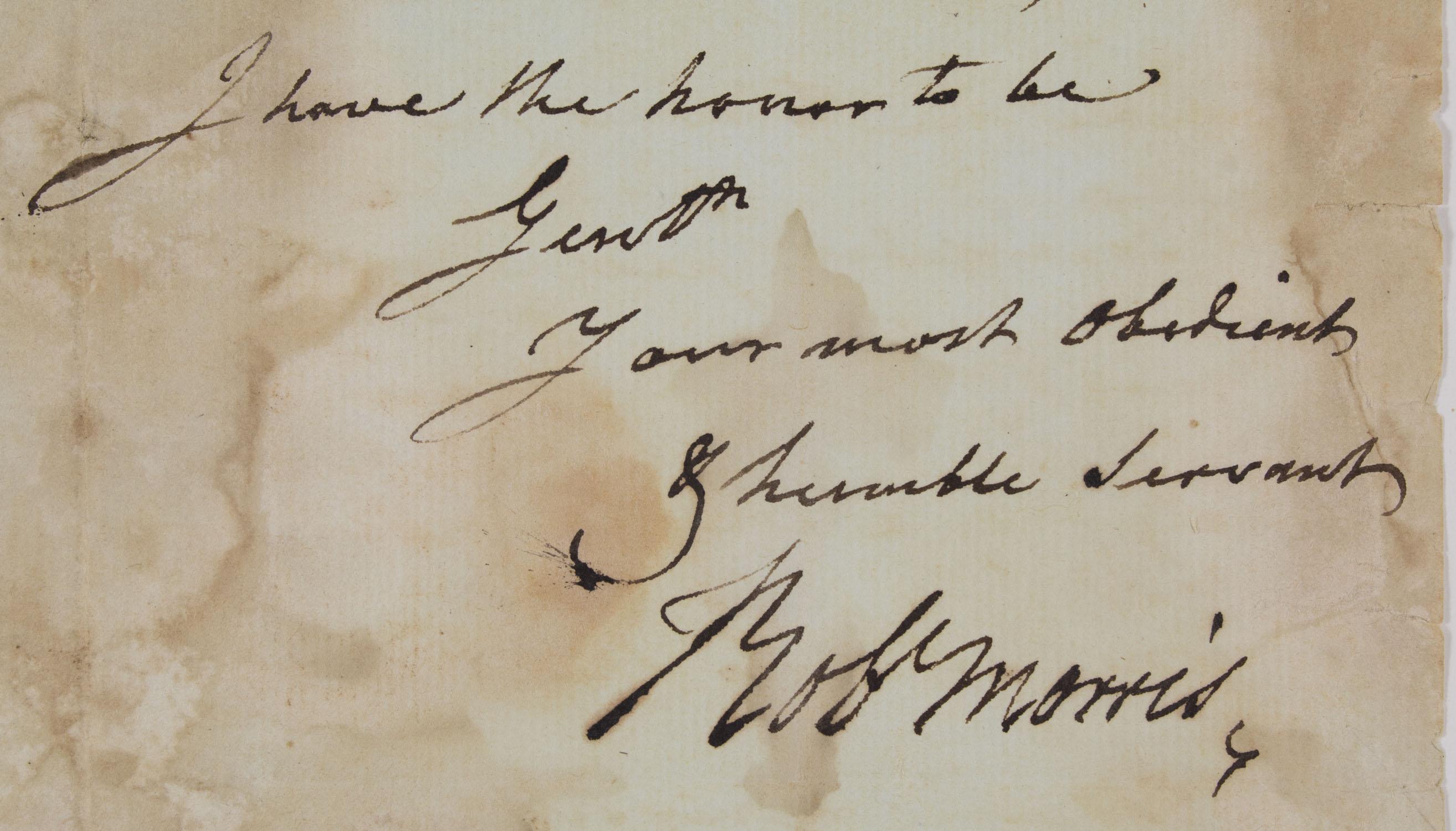 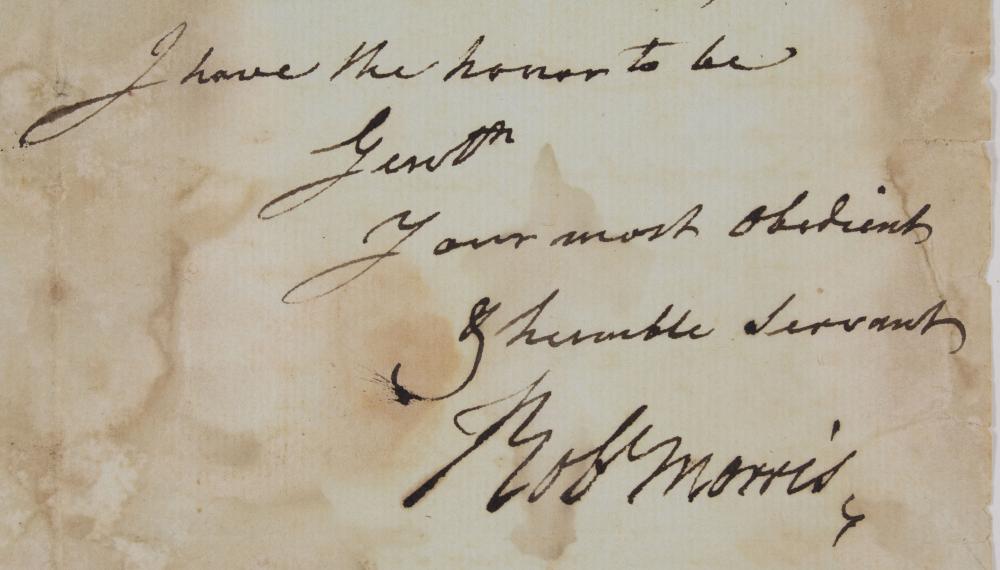 Description:
(1734 - 1806) Signer of the Declaration of Independence, financier and politician. Morris was instrumental in the financing of Washington's armies, and was later financially ruined through his speculation in western lands. A.L.S. 'Robt. Morris', 3pp. 4to., Philadelphia, Dec. 29, 1792 to Messrs LeBoy & Bayard[?]. In part: '...Mr. [Richard] Soderstrom will set out upon his journey for Boston this day or tomorrow and is the bearer of this letter, and you will find enclosed...my letter to Stephen Higginson...the contents of which you will no doubt confirm...in obtaining the highest course of Exchange...also press him to give heartily his aid to get my proposed arrangements with the State carried into effect. It is probable that a Committee of both Houses may be appointed to agree to carry those arrangements into execution, and if so, it may not be advisable to pay the [Pounds] 2500 of interest for my Bonds...this will make no difference to you or your Friends as I must pay the interest for the delay...Mr. Higginson should consult with Mr. Russell...Mr. Benson & myself are to fix this day on Boundary's[?] & other particulars...to draw the Deed of Conveyance...Mrs. Morris & myself will execute the Deed to you as soon as it is ready...you will oblige me by remitting...Eleven Thousand Dollars by Mr. Soderstrom to my Friend Thos. Russell Esqr in Boston...' Widely damp stained, but boldly written and signed. Richard Soderstrom was the Swedish Consul in Washington who was the purported lover of Pierre Charles L'Enfant. He sued L'Enfant, who laid out Washington, DC, in the nation's first 'palimony' suit.