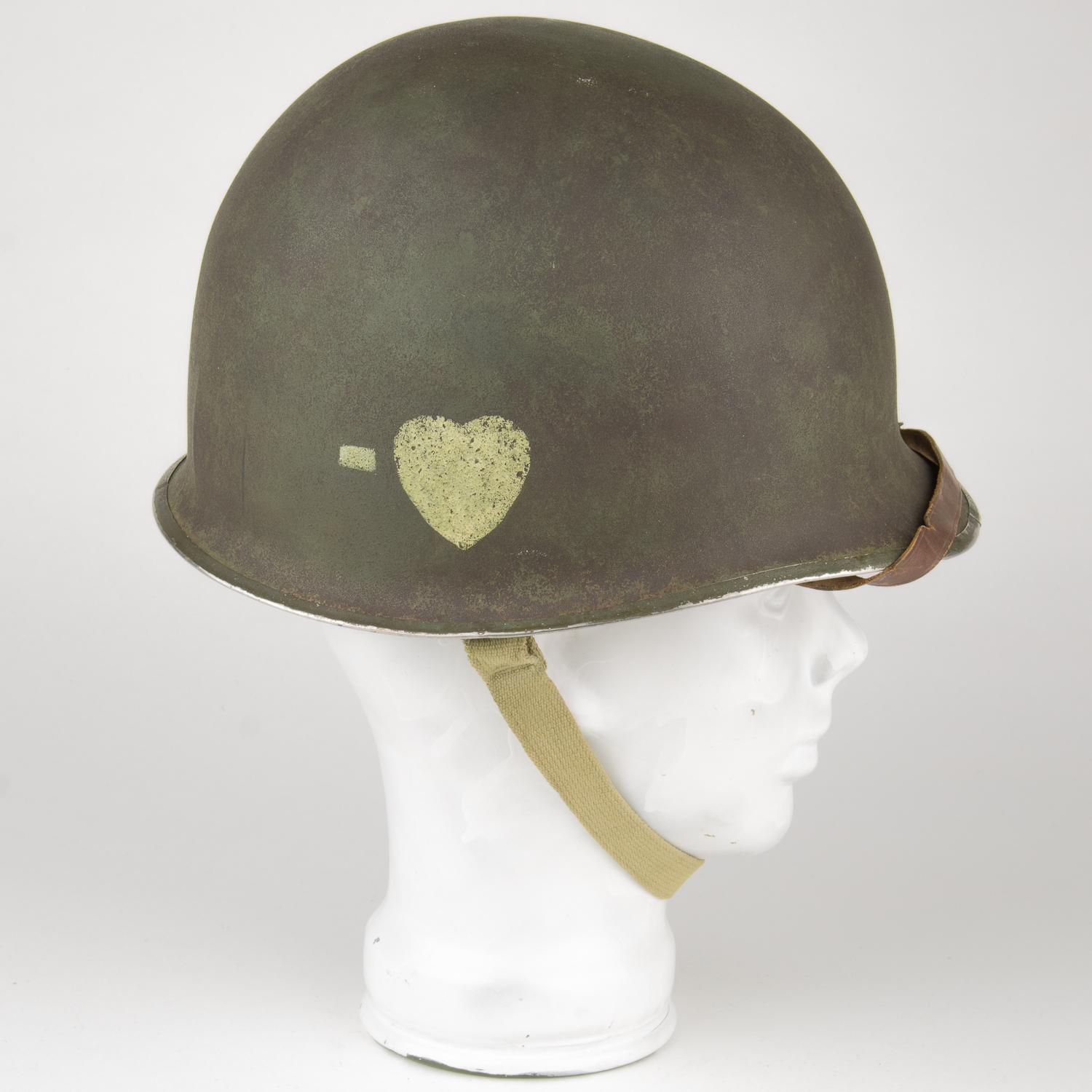 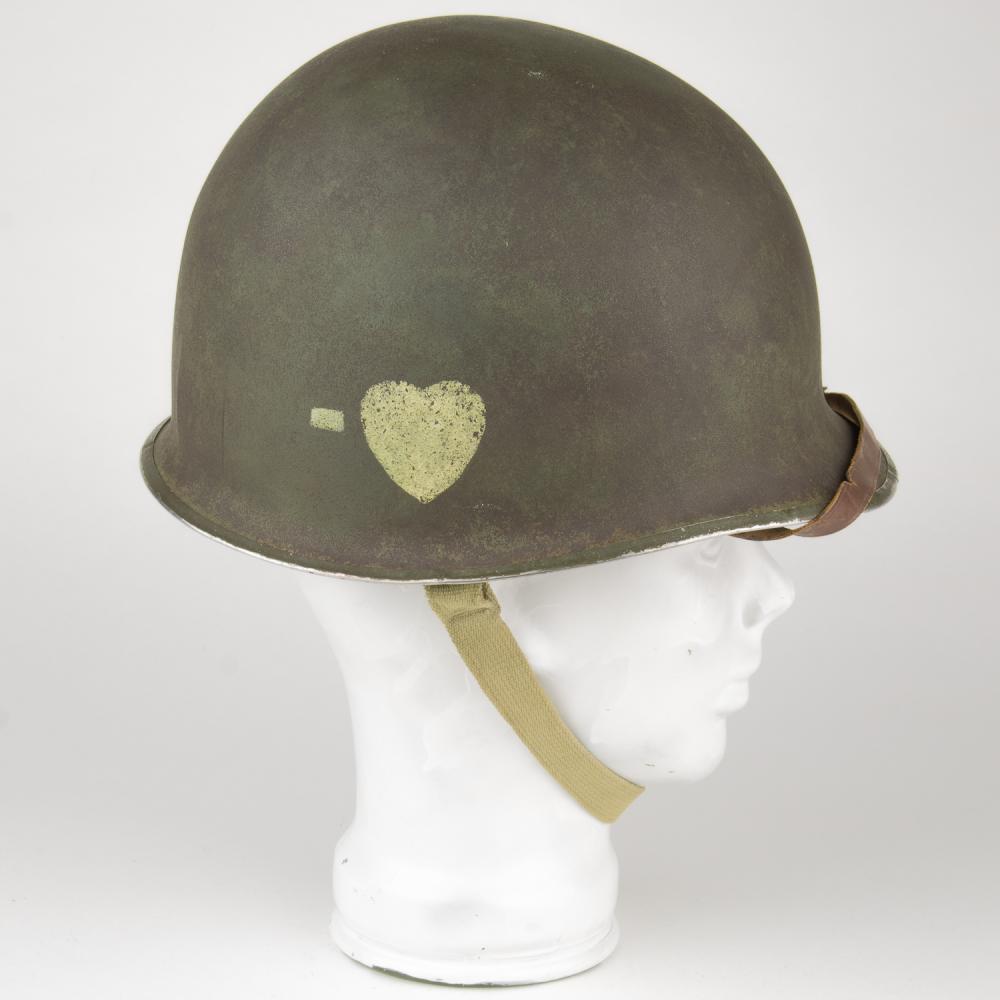 Description: An excessively rare find, a U.S. Army M2 helmet bearing the white stenciled markings of the 101st Airborne Division on the shell. The helmet features fixed metal 'D' bales, with sewn-in straps complete with the proper nickle steel snaps, but unfortunately missing the chin-cup. Exterior shell shows typical paint flaking to the rim, revealing the bright stainless steel rim band seamed in the front, all of which are hallmarks of early World War II helmets. While the right 'D' bale is bent, as is often the case, their semi-circular 'D' shape distinguishes the piece as an airborne helmet. The Airborne divisions used the fixed 'D' bales for most of the war. Liner is made by Inland, and is absolutely correct for this first generation of airborne helmets. It bears the correct World War II-style herringbone webbing and nape strap, complete with period leather chin strap. It also features numerous additions unique to paratrooper helmet liners, including the 'A'-shaped yokes on each side, still with buckles at each end, as well two snaps beneath the bales. Part of the interior webbing bears the manufacturer's stamp: 'W E-009-cm-16882...SIZE: MEDIUM...M. M. CO.' The interior of the helmet shell bears a faint alpha-numerical heat stamp number of '325D' on the lower front brim. Each side of the exterior shell bears a 'heart'-shaped stencil with one tick at its 9 o'clock position, designating the wearer's unit as the 502nd Parachute Infantry Regiment, Third Battalion, within the 101st Airborne Division. Divisional paratroopers commonly used such symbols, to aid with quick assembly after chaotic landings. The 502nd Parachute Infantry Regiment famously participated in the Invasion of Normandy, Operation Market Garden, and the Battle of the Bulge. Some slight stress cracks to the exterior of the shell, with one negligible crack towards the rim as is typical to this first generation helmet. Still very good to fine condition, and in much better condition than is typically seen.