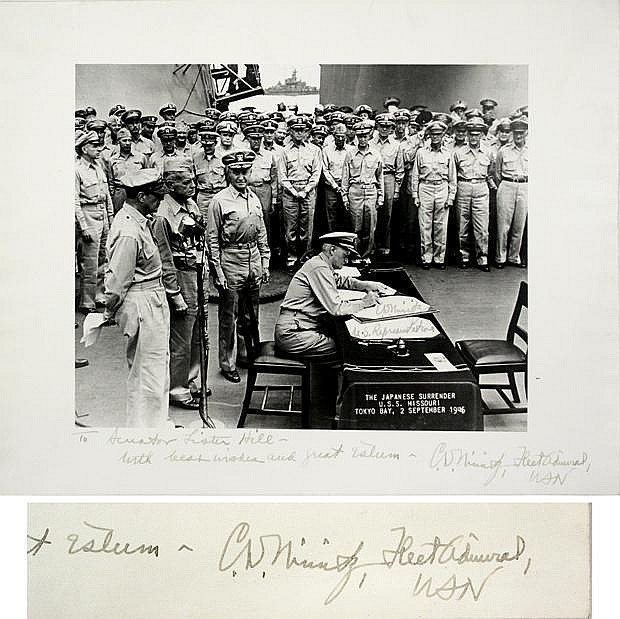 330. CHESTER W. NIMITZ (1885-1966) American admiral, Commander in Chief of the U.S. Pacific Fleet during World War II and largely responsible for the successful "island-hopping" campaign against the Japanese. Excellent I.S.P. "C.W. Nimitz, Fleet Admiral, USN", 14" x 11" b/w, a fine image of Nimitz aboard the USS MISSOURI in Tokyo Bay, Sep. 2, 1945 as he signs the Japanese Instrument of Surrender, inscribed at bottom to five-term Alabama Sen. J. Lister Hill and signed again by Nimitz "C.W. Nimitz U.S. Representative" on the document before him. Signature has faded about 25%, margins slightly cockled, else very good to fine. $1,000-1,500

You agree to pay a buyer's premium of up to [bp]% and any applicable taxes and shipping.