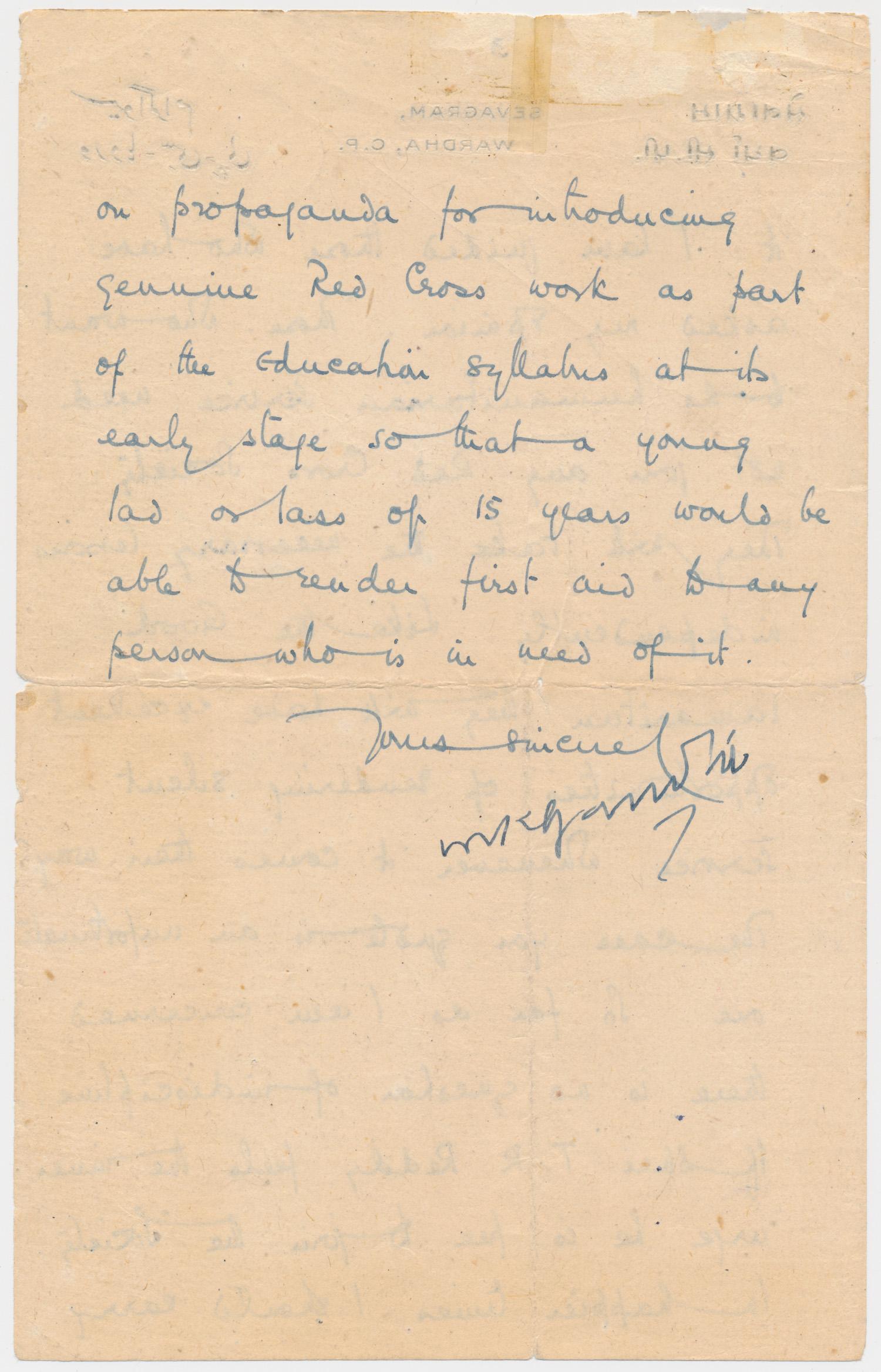 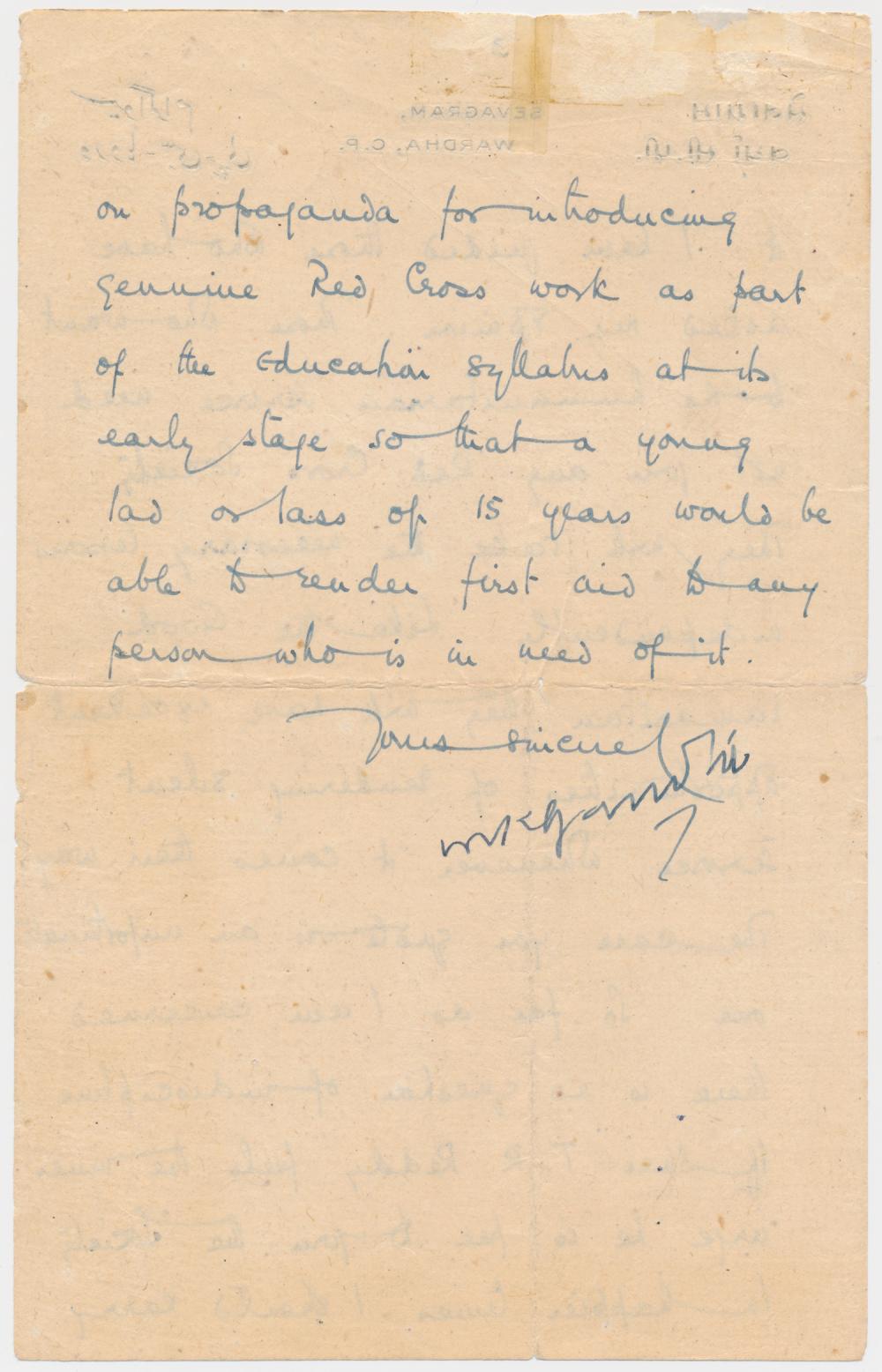 MOHANDAS K. GANDHI
(1869-1948) Indian nationalist and spiritual leader considered the father of his country, Gandhi's philosophy of passive resistance and non-violence set the stage for the British withdrawal from and independence of India. Fine content manuscript L.S. 'M. K. Gandhi' with holograph addition on his Sevagram ashram letterhead, 4pp. 8vo., Dec. 10, 1940 to 'Mr. Mack'. In part: '...I am under medical orders to reduce work to the minimum, if I cannot take complete rest. You have raised a difficult question. Red Cross work I love. I did it during the Boer War & again during what was called the Zulu rebellion and yet again during the late war...I had to take a short St. John's Ambulance course under Dr. Cautley. Therefore I do not need any demonstration of the value of such work...Red Cross work has as much a humanitarian as a political side to it. It is part of the war machinery. As an out and out war resister I can not identify myself with it. I have, therefore, at the risk of being misunderstood, opposed people of my way of thinking [last five words in Gandhi's hand] joining the Indian Red Cross Society...Those who want to do humanitarian service need not join any Red Cross Society. They will take the necessary lesson independently. Like the Good Samaritan they will have excellent opportunities of rendering silent service...If Shri T. R. Reddy feels the inner [?] he is free to join the Society. In happier times I should carry on propaganda for introducing genuine Red Cross work...' Lightly toned with only traces of foxing, one fold, else near fine. Gandhi's dedication to peace extended to non-involvement with any organization associated with the military - here he includes the Red Cross among those he has chosen to shun. This is in contrast to Gandhi's prior involvement in the Red Cross. During the Boer War, he organized a Red Cross team and served in the most dangerous battlegrounds. Likewise during the Zulu Wars, Gandhi tended to wounded whites and blacks alike. Twenty years later, Gandhi's mindset had evolved. He declared in 'Young India', 8 September 1928, that he recognized that participating in the work of the Red Cross was nothing else but participating in war. A wonderful letter documenting the evolution of Gandhi's thought.