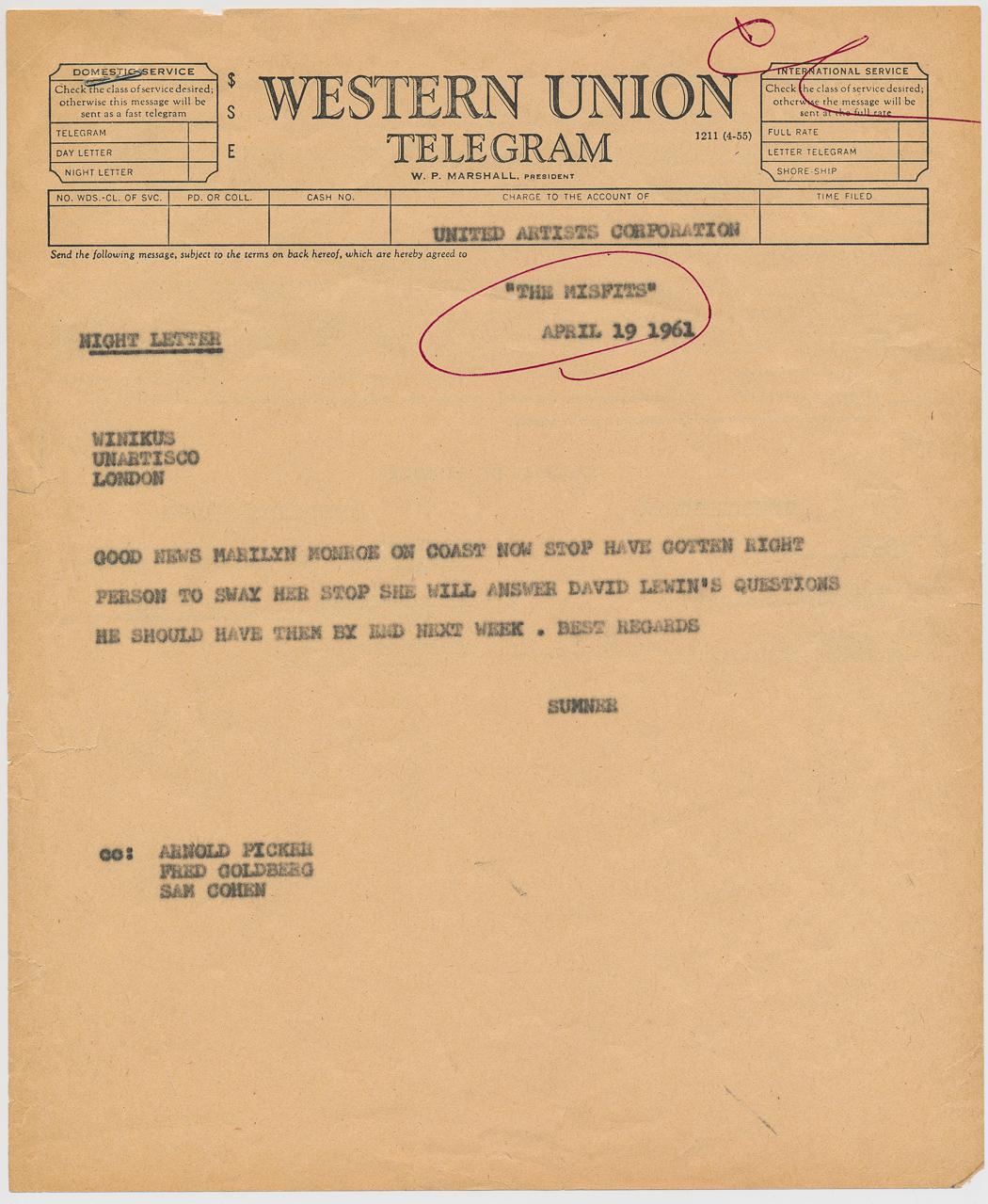 MARILYN MONROE STRUGGLES TO ADVERTISE "THE MISFITS", HER LAST FILM 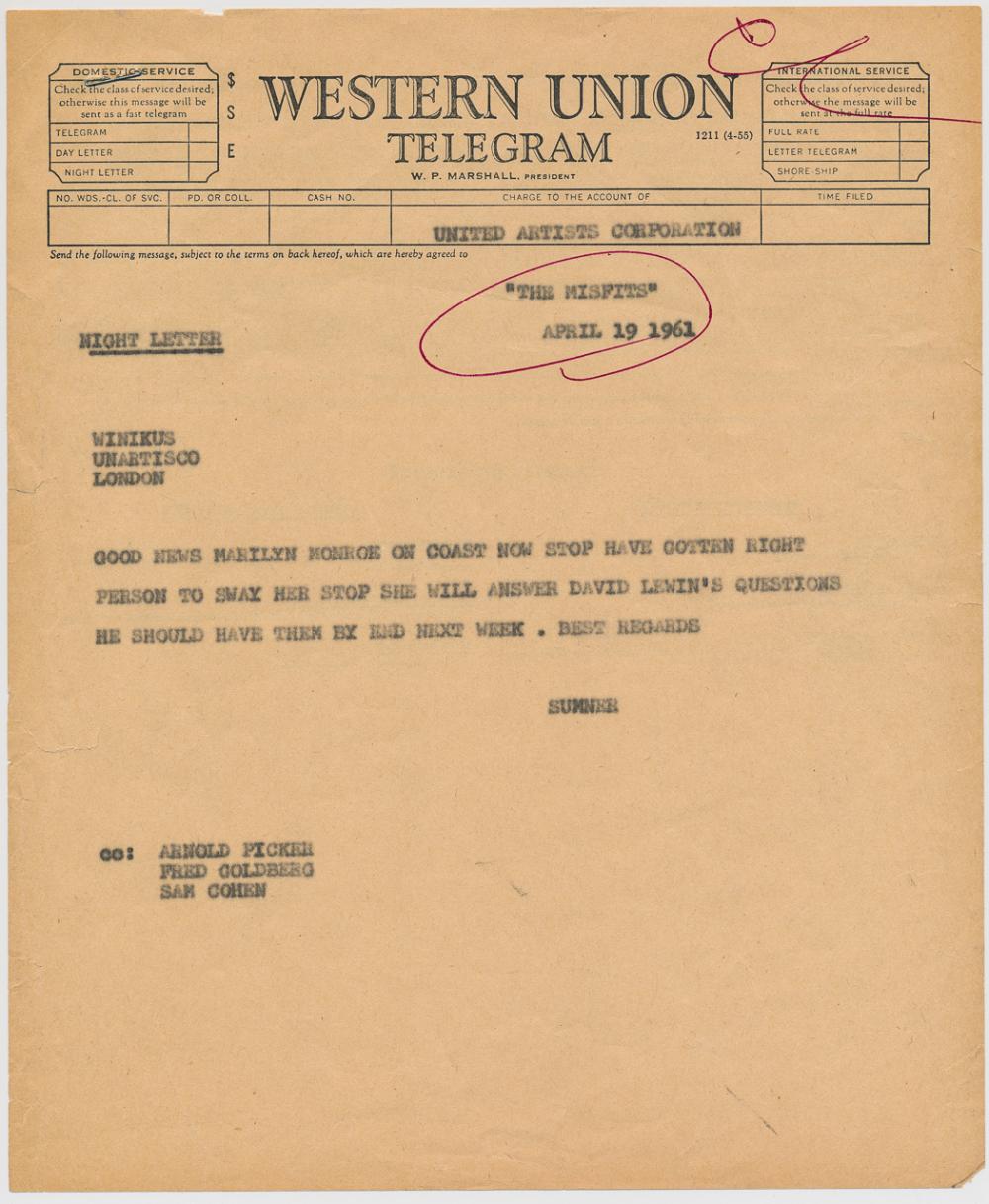 MARILYN MONROE STRUGGLES TO ADVERTISE "THE MISFITS", HER LAST FILM

Description:
Great content "night letter" telegram, 1p. 4to., [n.p.], April 19, 1961, charged to the account of the "United Artists Corporation", written from an unidentified "Sumner" about Marilyn Monroe's role in "The Misfits" - the last film of her career - two months after the movie's release. It reads in part: "Good news Marilyn Monroe on coast now...have gotten right person to sway her...she will answer David Lewin's questions he should have them by end next week." Carbon copied at bottom to three employees of "United Artists Corporation", notably including then-Executive Vice President of Production ARNOLD PICKER (1913-1989), later United States film industry executive, mayor of Golden Beach, Florida and the number one enemy on Richard Nixon's list of targets. Some tears at bottom and left edges, else fine condition. Monroe's failing marriage with the writer of the film Arthur Miller, combined with her alcohol and drug addictions and pain from onset gallstones, hugely impacted the shooting of "The Misfits". Production paused for two weeks due to Monroe's depression-related hospitalization, and Monroe was nearly always late to the set, sometimes not showing up at all. The film failed to meet expectations at the box office and has been historically referred to as a "box office disaster" of its day, and Monroe later said that she hated the film and her performance in it. A year and a half later, Monroe died from a barbiturate overdose.