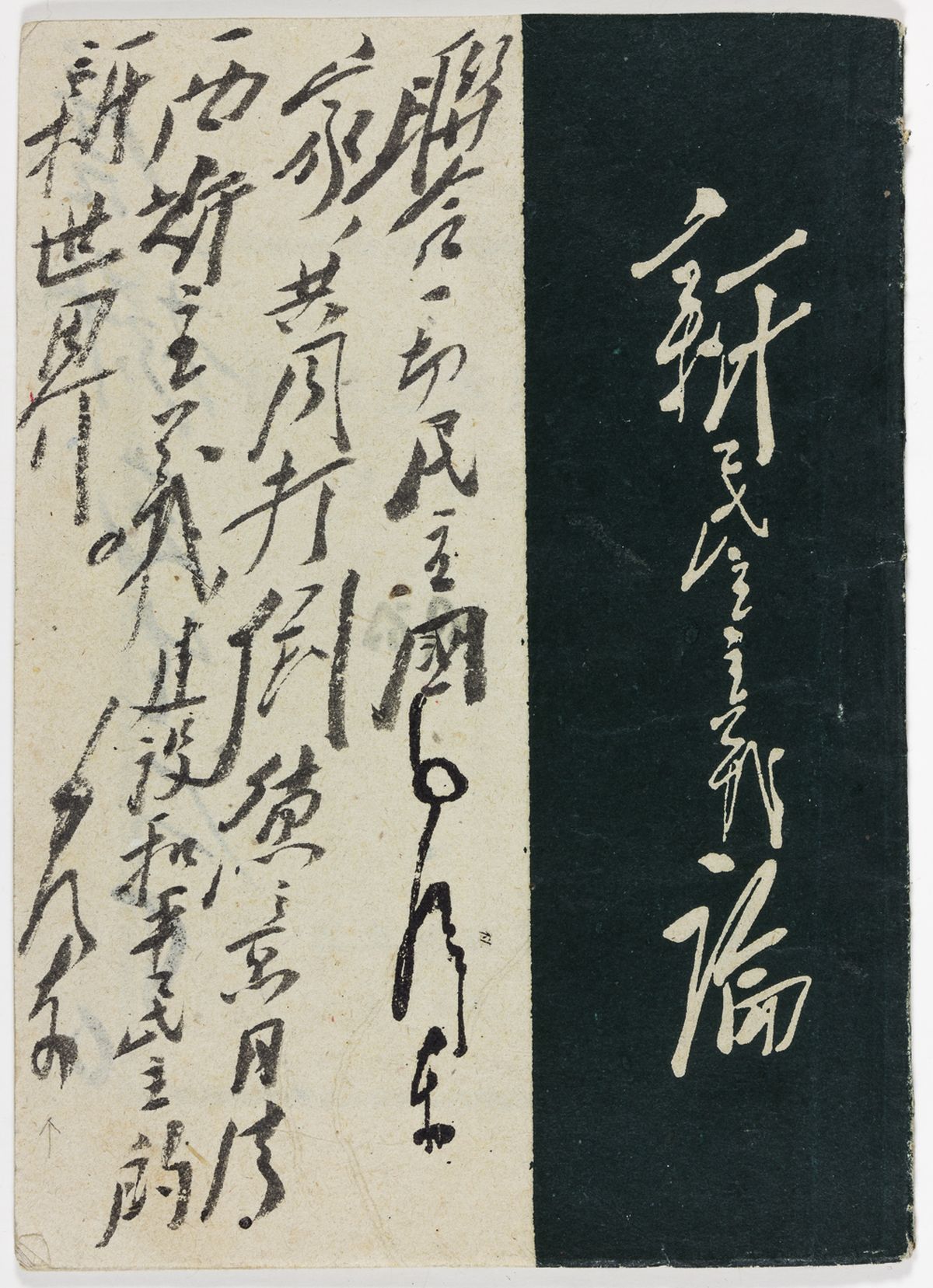 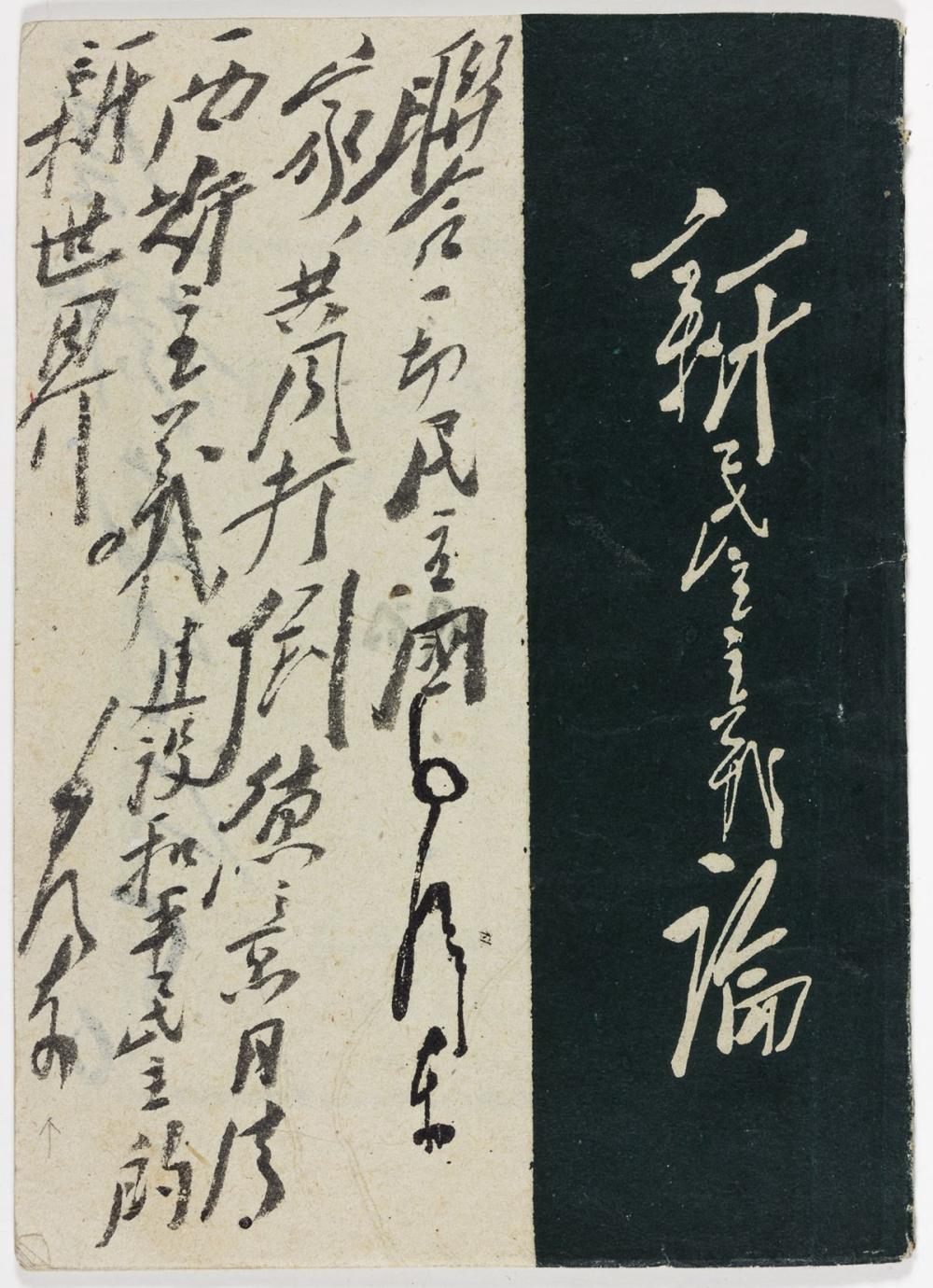 MAO ZEDONG (1893 - 1976) Chinese statesman, commonly known as "Chairman Mao", a communist revolutionary who became the founding father of the People's Republic of China, which he ruled as the Chairman of the Communist Party of China from its establishment in 1949 until his death in 1976. Mao helped to found the Chinese Workers' and Peasants' Red Army, and in 1949 Mao's forces defeated the Nationalist government. On October 1, 1949, Mao proclaimed the foundation of the People's Republic of China. MAO ZEDONG URGES THE DEFEAT OF THE AXIS POWERS: "LET US UNITE WITH ALL DEMOCRATIC COUNTRIES..." An item of the greatest rarity, Mao's important work: "The New Democracy" with a stunning dedication by Mao to a French aristocrat fleeing the invading Japanese. On the inside front cover and the cover of his 1942 work "The New Democracy", 56pp. 8vo., Mao inscribes in Chinese characters with a calligraphic brush: "Let us unite with all democratic countries to conquer the Japanese-Italian-German fascism and to build a new world of peace and democracy. Mao Tse-Tung For Mr. d'Anjou" Softcover, lightly scuffed at spine, else fine condition. Comte Rene-Charles d'Anjou (b. 1914), a descendant of French royalty, had fled westward from Japanese-occupied Beijing in 1942. During his eight-month flight, he met the forces of Gen. Lin-Piao, and soon became acquainted with Mao at the communists' headquarters in Yenan. Mao's New Democracy, fundamental to his political thought, is best summarized in his own words: "...The politics of New Democracy which we advocate consists in the overthrow of external oppression and of internal feudal and fascist oppression, and then the setting up not of the old type of democracy but of a political system which is a united front of all the democratic classes...with the people's congresses determining the major policies and electing the governments at the various levels. It is at once democratic and centralized, that is, centralized on the basis of democracy and democratic under centralized guidance..." This piece was originally offered decades ago by highly-respected American autograph dealer Paul Richards (1939-1993). A copy of the catalog listing with an image of Mao's signature is included. Since its sale by Richards, this piece has remained in a private European collection. Mao's signature is very rare -- lengthy inscriptions with content of this caliber are unheard-of.

You agree to pay a buyer's premium of up to 28.0% and any applicable taxes and shipping.