Back to catalog
Lot 14 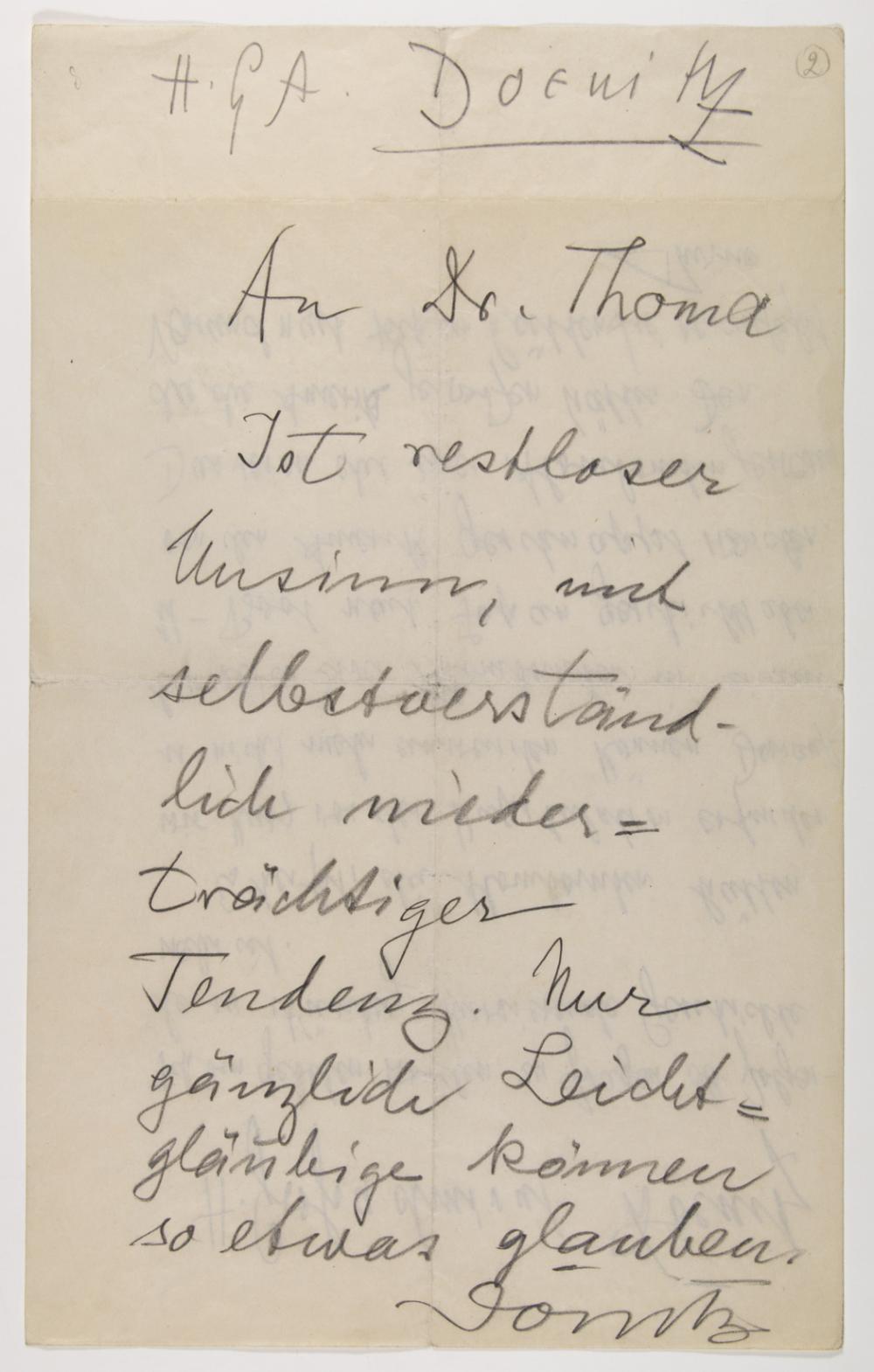 Description:
(1891 - 1980) German admiral who headed the U-Boat arm of the German Navy, later succeeded Hitler as Fuhrer after Hitler's suicide. Outstanding content A.N.S. 'Donitz', 2pp. large 4to., [n.p., n.d., certainly Nuremberg in 1946], written on the verso of a letter to him from one of his defense attorneys at Nuremberg, ALFRED THOMA, referencing a top-secret delivery of uranium from Nazi Germany to Imperial Japan for the manufacture of atom bombs. Written in German, Thoma first writes, in part: 'I have been tasked to ask you if the following story circulating through Nurnberg is true. It is said that...two atom bombs were sent to Japan on a submarine but was hijacked by Americans. These were the 2 atom bombs that the Americans dropped. It is said that you arranged the shipment. Thoma'. On the verso, Donitz replies and signs: 'It's complete nonsense, of course, with a vile tendency. Only the completely gullible can believe such a thing. Donitz'. Light central folds, else fine. This extraordinary letter no doubt references the May 1945 surrender of Nazi submarine U-234, which attempted to deliver 1,200 pounds of uranium from Nazi Germany to Imperial Japan to manufacture atomic bombs during the last year of the war. Historians quietly puzzled what the American military did with that seized uranium shipment for decades, and little headway was made because of Federal secrecy. Only in the mid-1990s did a former official of the Manhattan Project, John Lansdale Jr., publicly state that the uranium seized 'certainly went into the Manhattan District supply of uranium' and was near certainly used to construct the atomic bombs dropped on Hiroshima and Nagasaki. Sold with a printed 1995 article from the New York Times, detailing the shipment, its seizure, and theories about the use of the captured uranium. A truly fascinating document.