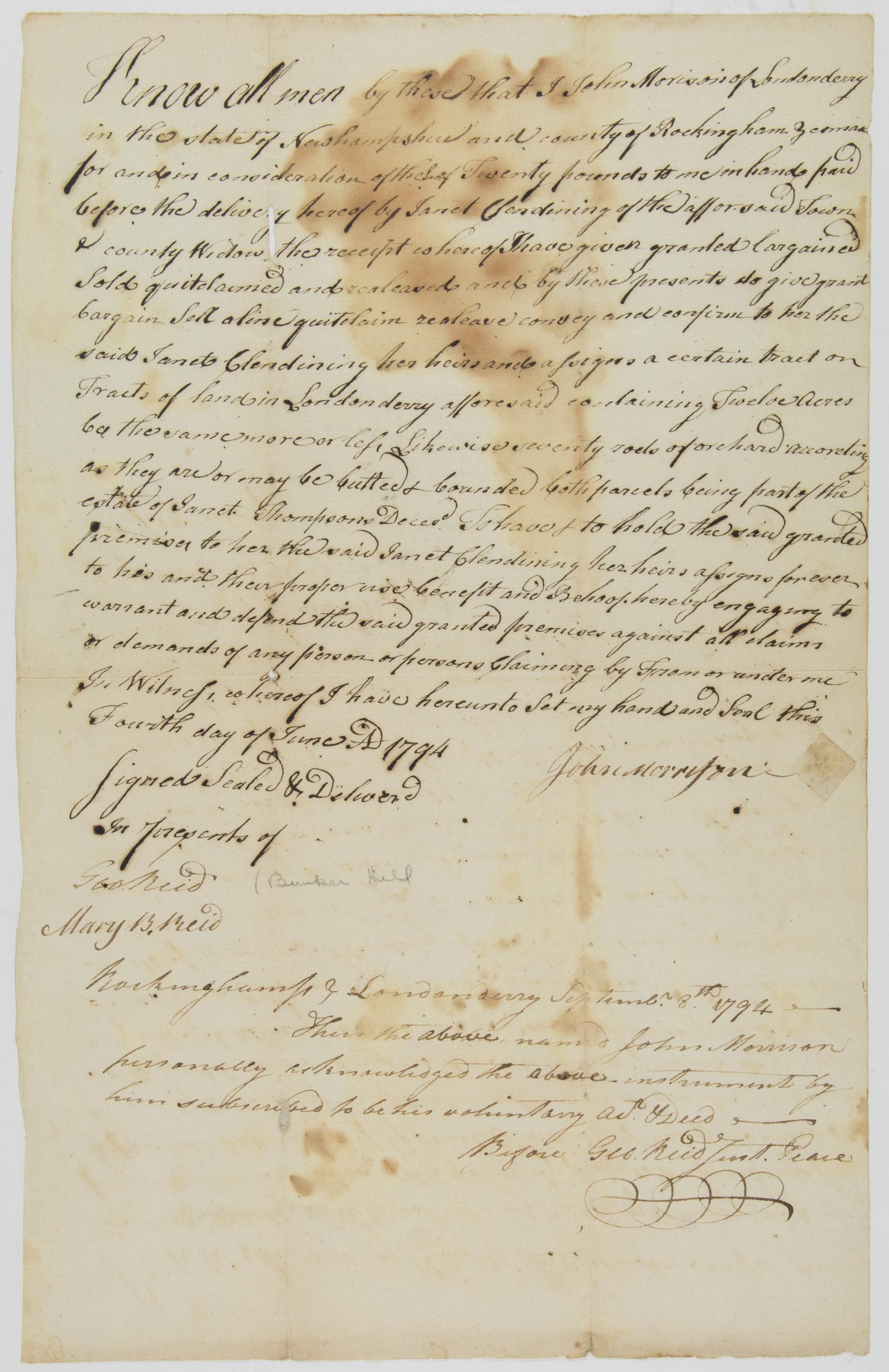 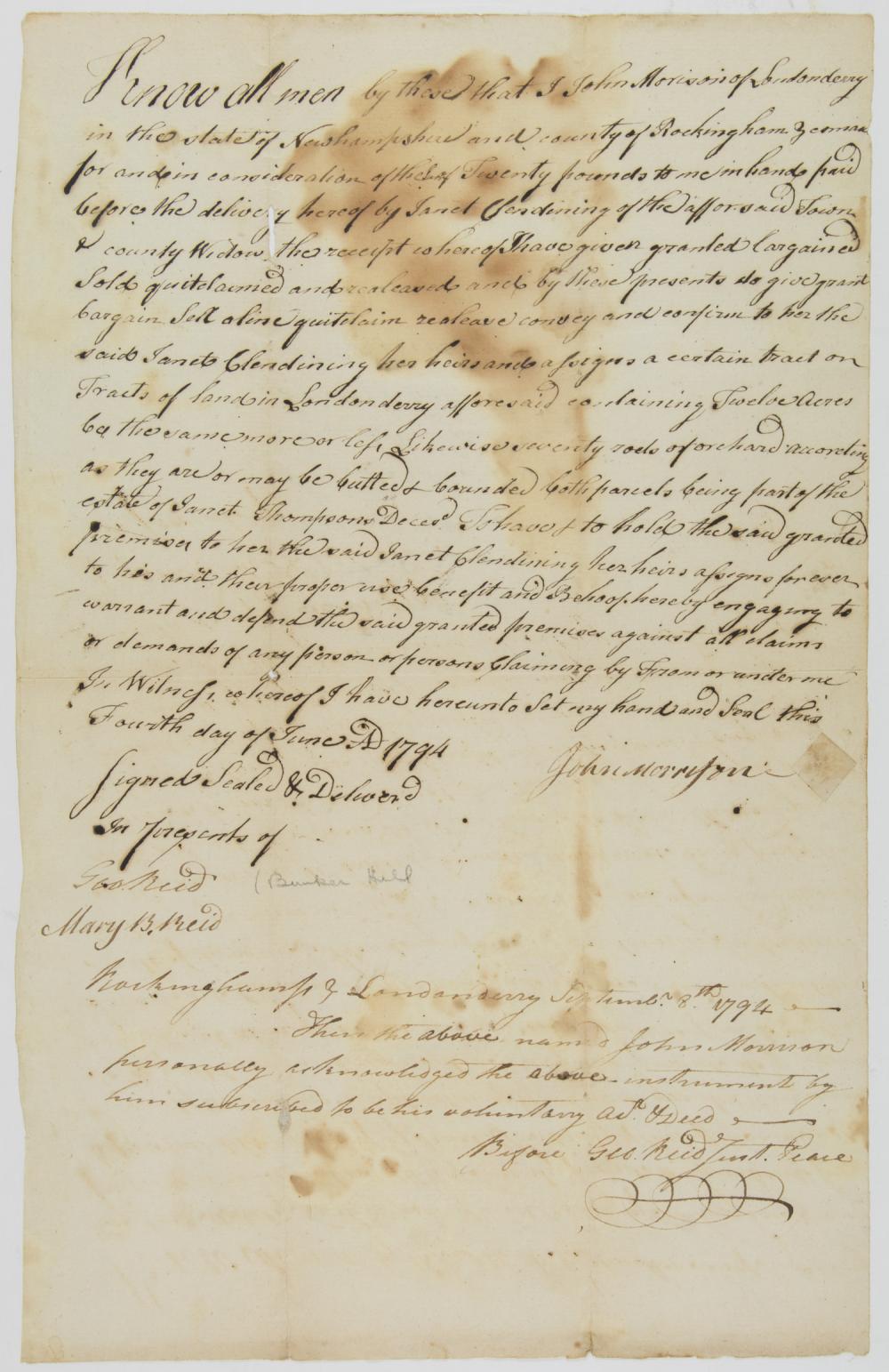 (1733-1815) Continental Army officer, led a company of the 1st New Hampshire Regiment at Bunker Hill, also with the regiment during the Invasion of Canada, and at Trenton and Princeton. With the capture of Col. Nathan Hale, Reid took command of the 2nd NH and led them during the rest of the Saratoga Campaign, the Battle of Monmouth and the Sullivan Expedition of 1779. After the war, now Brigadier General Reid led a militia unit that put down the Exeter Rebellion in 1786. Manuscript D.S. with an additional A.D.S. at bottom, 1p. legal folio, Rockingham, Sep. 8, 1794, a transfer of deed signed by Reid at conclusion. At bottom he adds an A.D.S. as Justice of the Peace attesting to the signature of one of the parties to the document. Toned damp stain and a few other toned spots, still very good.