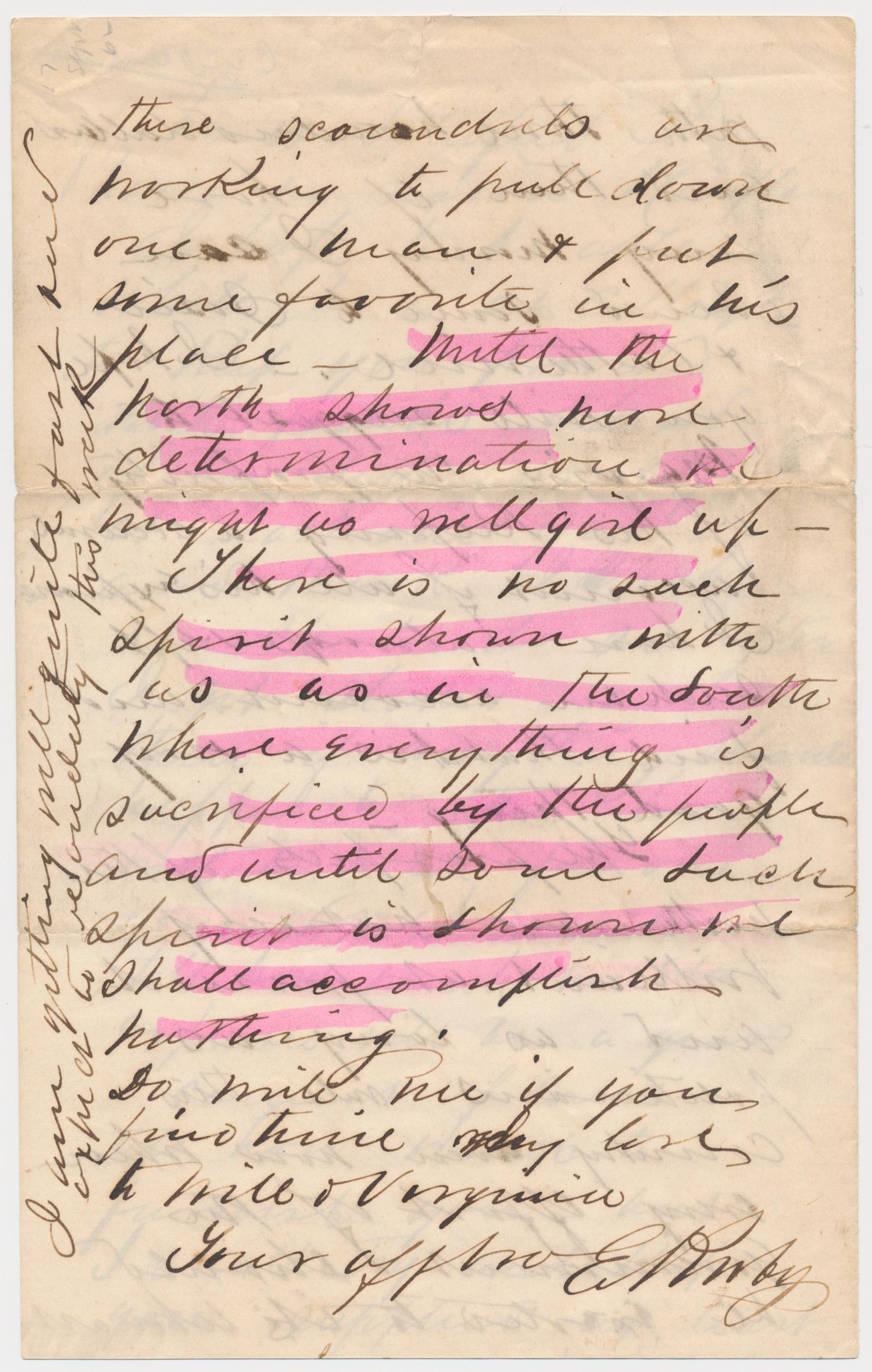 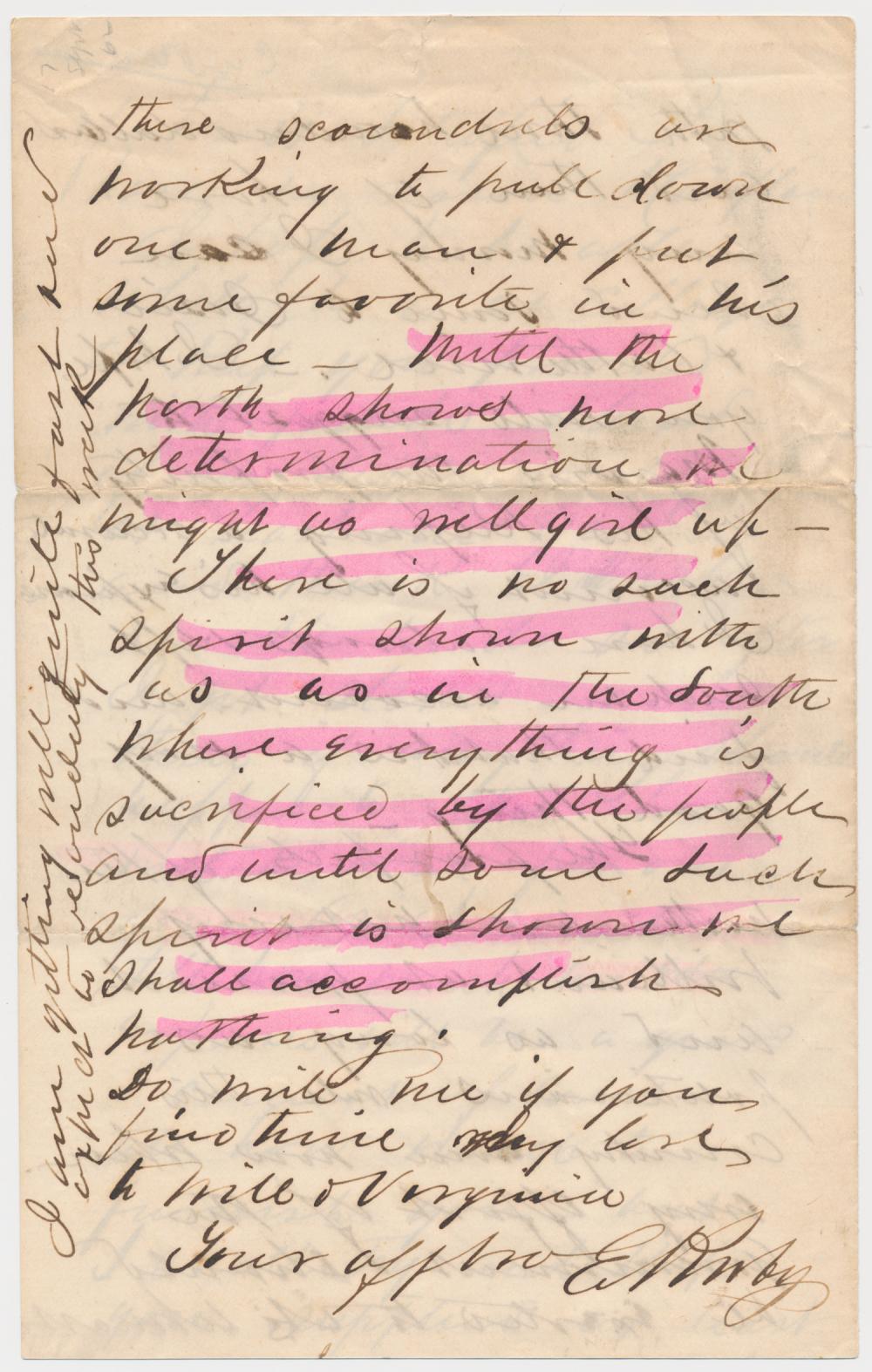 (1840 – 1863) Union army officer who was killed during the Battle of Chancellorsville. Kirby fought at the First Battle of Bull Run, Ball's Bluff, the Peninsula Campaign and at Antietam as a battery commander of the battery. At Chancellorsville, Kirby took command of the 5th Maine Battery. He supervised the evacuation of the artillery guns, but was heavily wounded by case-shot. He later died of infection following a leg amputation. Kirby was nominated to brigadier general of volunteers by Lincoln on May 28, but was not confirmed as he died later that day at the age of 23. Incredibly rare, if not unique war-date A.L.S., 4pp. 8vo., Washington, Sep. 17, 1862 to 'My Dear Winnie'. Kirby promises the lady, possibly his sister, to support her as far as he is able. He continues: '...The prospects of the North are not very brilliant at present and as long as politicians rule this country...every effort of the government should be exerted to its utmost...Until the North shows more determination we might as well give up - There is no such spirit shown with us as in the South where everything is sacrificed by the people and until some such spirit is shown we shall accomplish nothing...' Incredibly, a completely imbecilic previous owner chose to 'highlight' some of these passages with pink marker (!), a true crime, otherwise the letter, with its fantastic content, is in very good condition