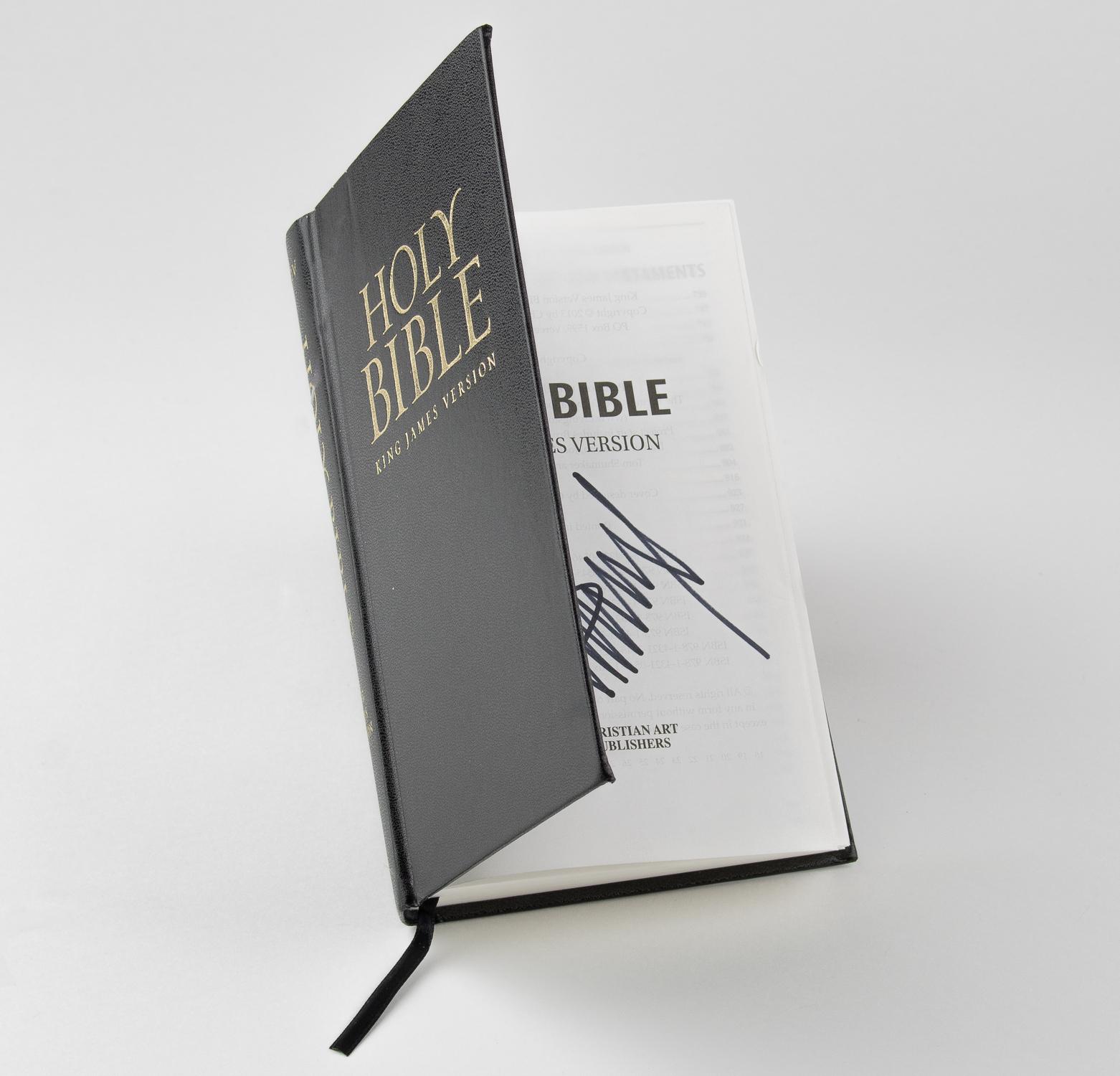 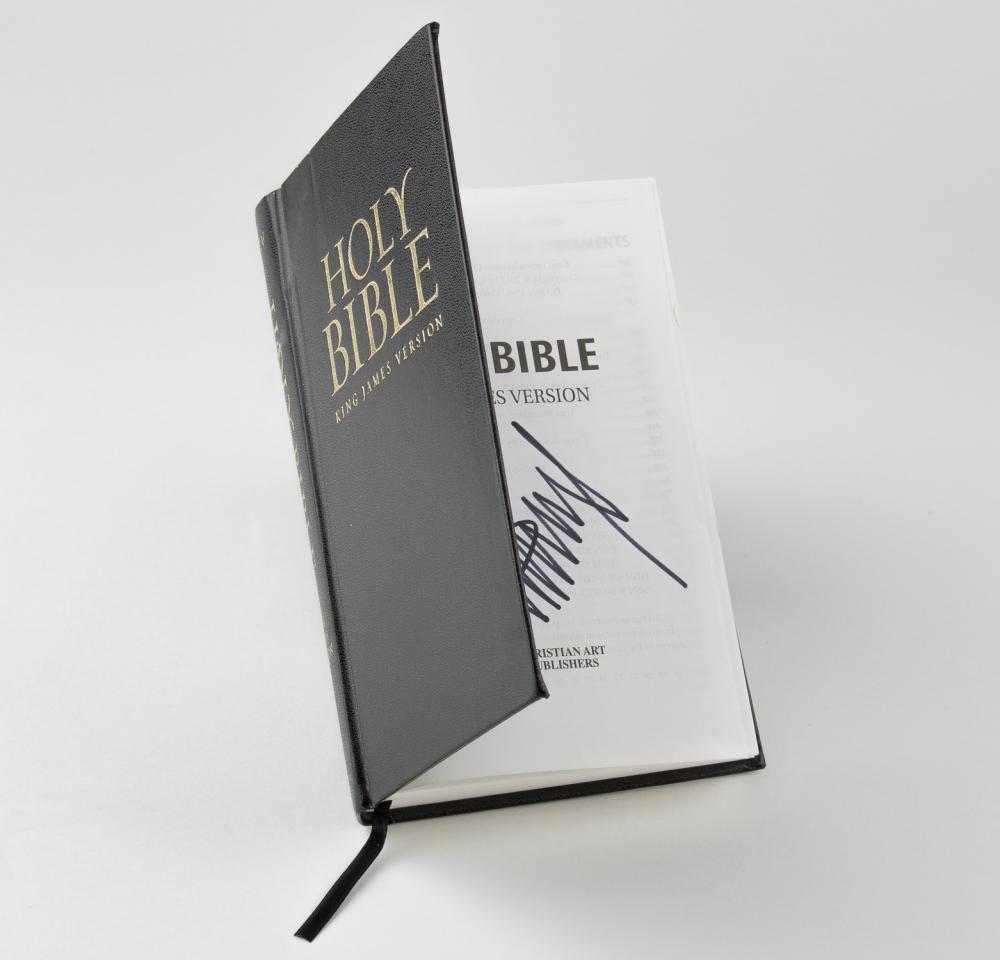 
DONALD TRUMP (b. 1946) Controversial American financier, deal maker and gambling mogul, once near bankruptcy, he recovered his wealth and successfully ran for president in 2016. A most controversial item, a Bible boldly signed by Trump in black marker, in person, on the title page. The 5.5 x 8.5 in. King James version is a 1,002pp. edition published by Christian Art publishers, 2016. The cover and spine are black faux calf, with titles on spine and cover in embossed gold. The first page is a blank presentation page, followed by the title page which bears a 3 x 5 in. Trump signature across nearly the entire page. Fine condition. During protests on the evening of Monday, June 1, 2020, President Donald Trump walked the short distance from the White House to St John's Episcopal Church, where he stood outside while holding a Bible. The event was widely criticized by his detractors as being a 'photo-op', while supporters viewed it as evidence of his devotion. An important political object, signed as president.