Back to catalog
Lot 59 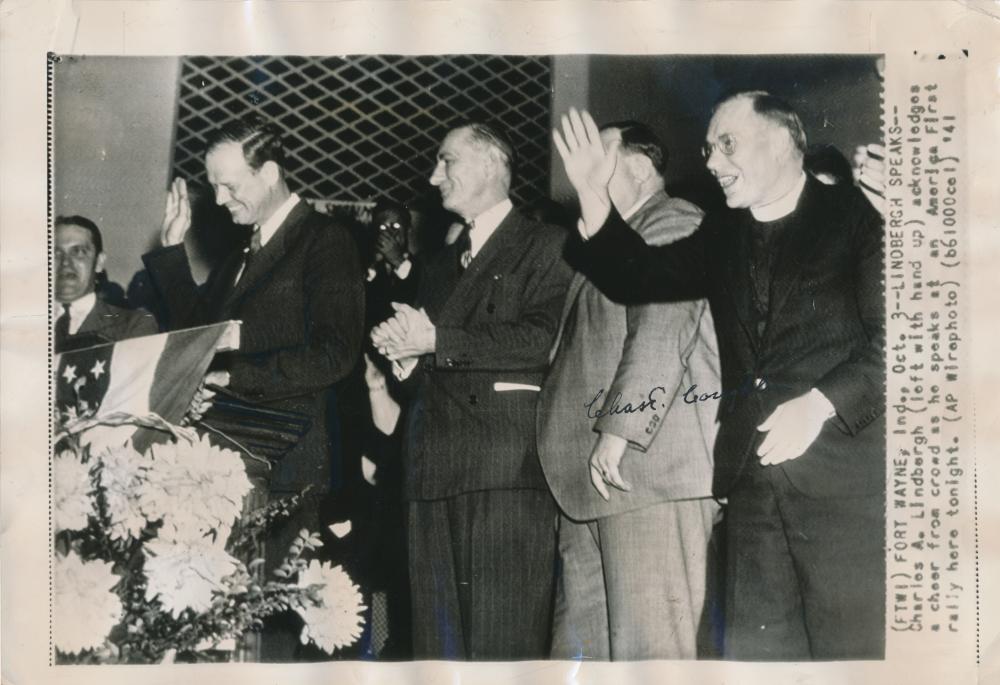 Description:
(1891 - 1979) Controversial Roman Catholic priest, a harsh critic of Roosevelt as too friendly to bankers. He began to use his radio program to issue anti-semitic commentary, and later to support the policies of Adolf Hitler and Benito Mussolini. Good pair of signed items, includes: S.P., 12 x 8 in. b/w, an image of Coughlin with Charles A. Lindbergh during an 'America First' rally, signed in black ink at right. Various creases, paperclip indent, just good condition. WITH: T.L.S. on his Shrine of the Little Flower letterhead, 1p. 4to., Royal Oak, April 1932, enclosing a book to a Paul J. Morse and thanking him for 'the friendliness and consideration which you have extended not only to the 'Golden Horse' but to me personally...' Signed at the conclusion. 1 in. splits at left and right edges, light edgewear at top, else very good.