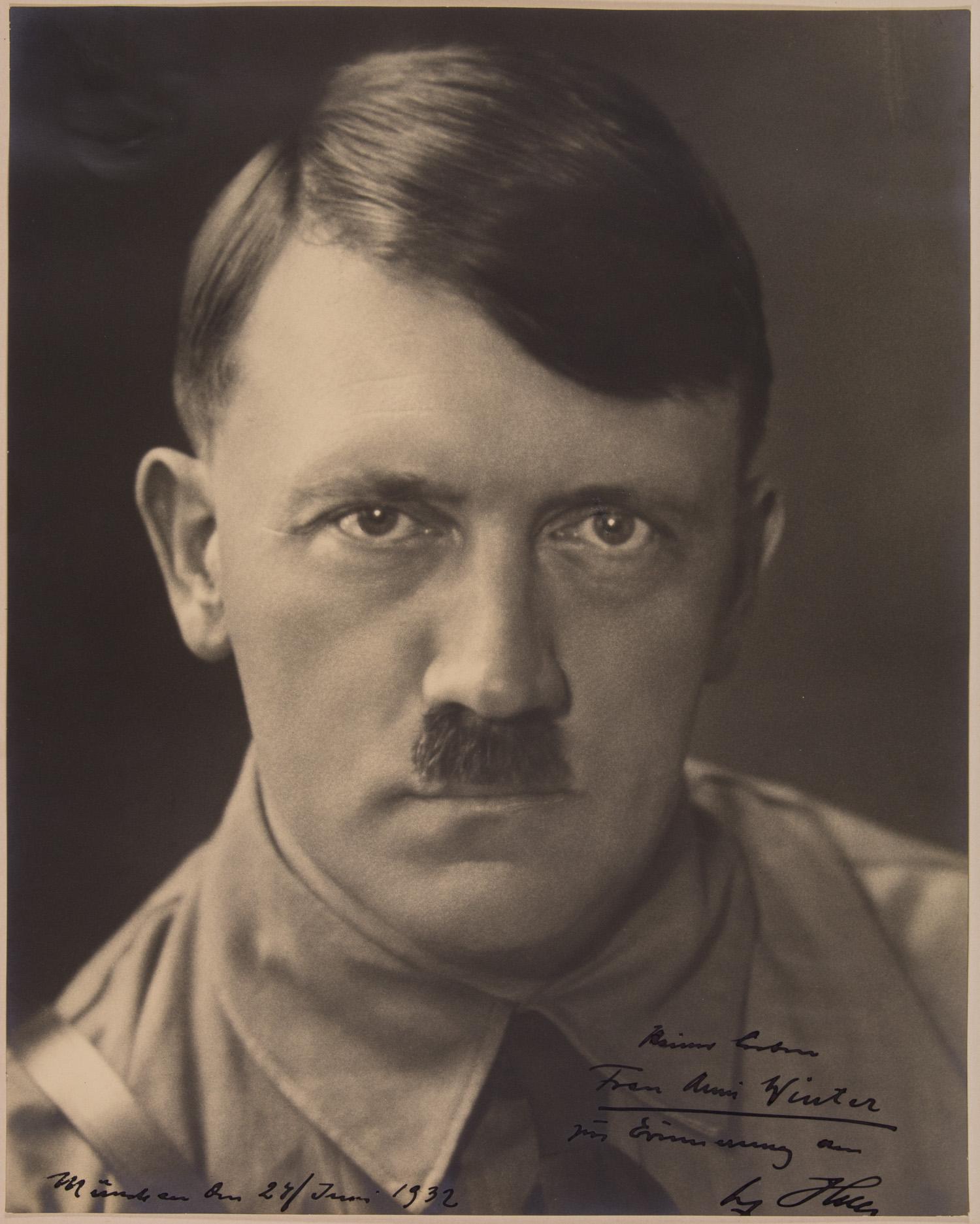 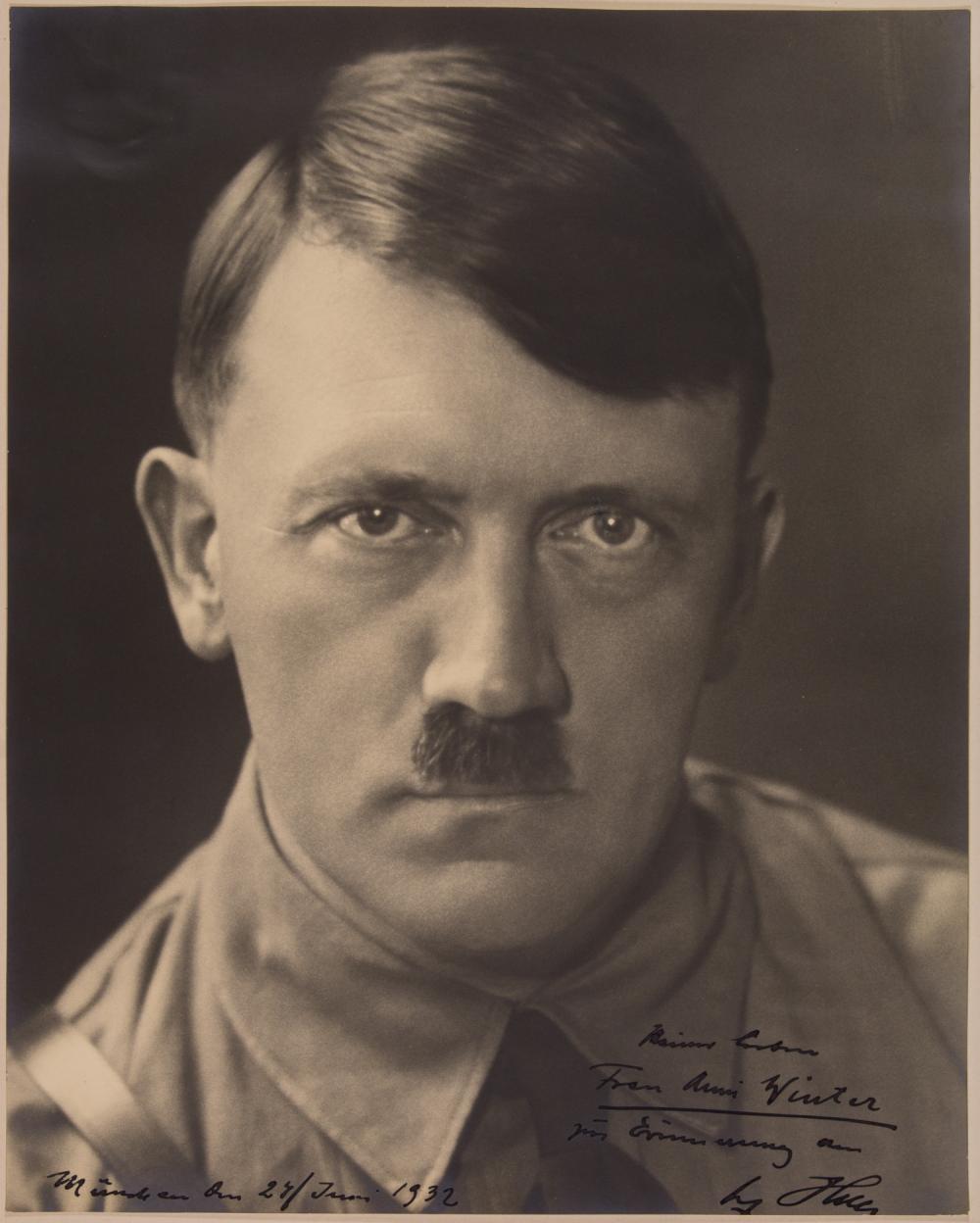 
(1889 - 1945) Fuhrer of Germany and Nazi Party leader, Hitler's bloody rise to power, his military seizure of most of Europe and North Africa and his genocidal racial policies culminated in suicide in his Berlin bunker as Russian troops approached. Important association S.P., 9 x 11.25 in. b/w, mounted to 12 x 14 in. heavy stock. Hitler inscribed a fine portrait to his beloved Munich housekeeper, Anni Winter. In full: 'My Dear Mrs. Anni Winter in remembrance from Adolf Hitler Munich the 27[th]/June 1932' Hitler signed the photograph before it was mounted, and after miscalculating the space he left to sign at the bottom, his pen ran off the paper. It was then mounted to the heavier stock before being gifted to Mrs. Winter. In very fine condition. The contents of Hitler's apartment were left by Hitler to his long-time housekeeper, Anny Brunner-Winter, in his will. After the war, the Bavarian government confiscated what holdings could be taken, but after protracted court proceedings, Winter reclaimed the property.