Back to catalog
Lot 20 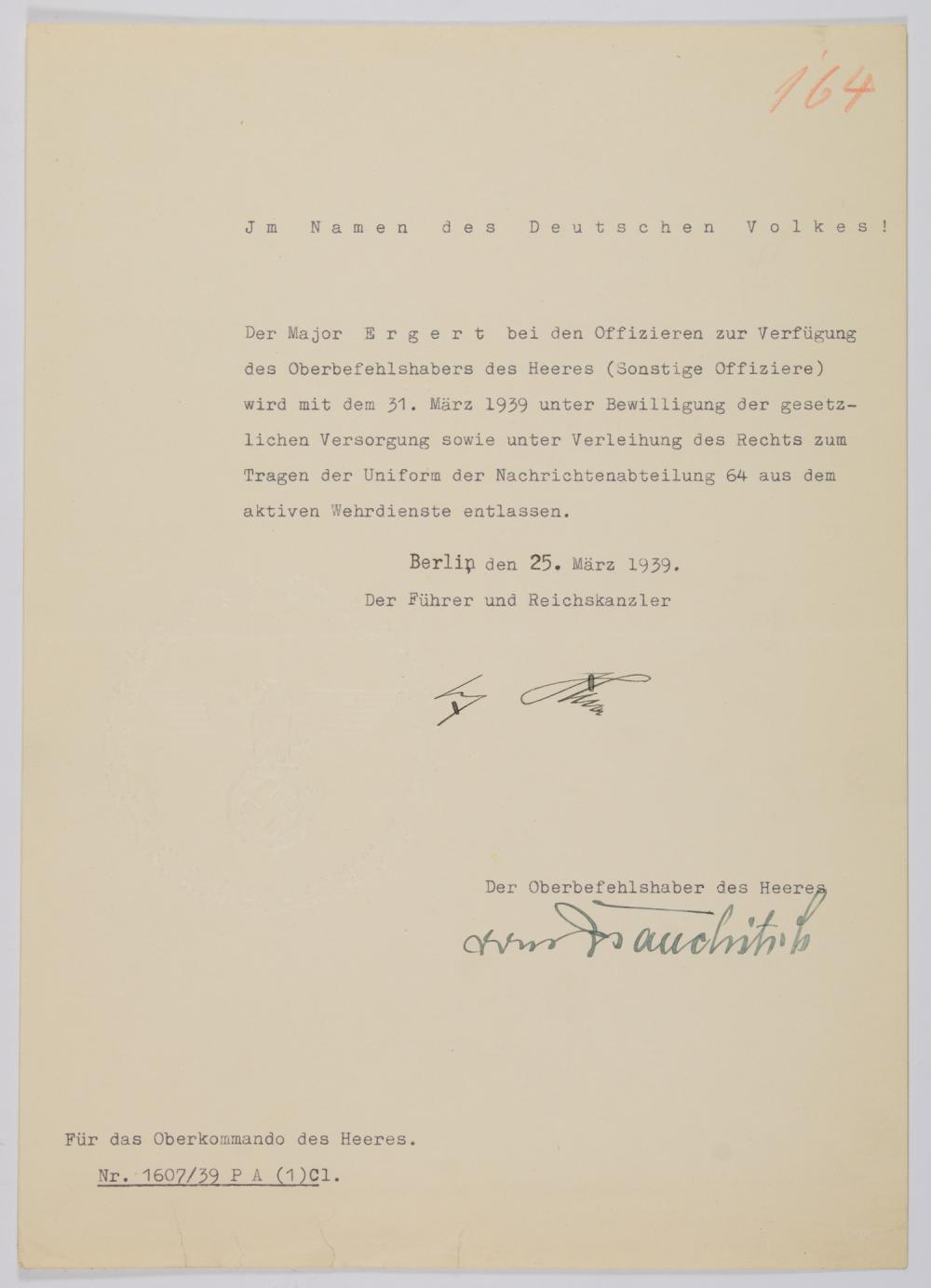 Description:
1889 - 1945) Fuhrer of Germany and Nazi Party leader, Hitler's bloody rise to power, his military seizure of most of Europe and North Africa and his genocidal racial policies culminated in suicide in his Berlin bunker as Russian troops approached. Typed D.S. as chancellor, 1p. legal folio, Berlin, March 25, 1939, ordering the retirement of an Austrian officer after he was deemed 'unsustainable' for service in the German Armed Forces. The document reads: 'Major Ergert along with the officers at the disposal of the Commander-in-Chief of the Army...is released from active military service on March 31, 1939, with the approval of statutory provisions and the right to wear the uniform of Intelligence Department 64'. WILHELM ERGERT (1895 - 1966) was an Austrian soldier within the Bundesheer, yet due to his support for the Anschluss in March 1938, the German Wehrmacht initially gave him command of Military District XVII in Vienna. However, Ergert - along with many other Austrian officials - was promptly terminated the following year, after the so-called 'Muff Commission' deemed these Austrians 'unsustainable' for the German armed forces. The document bears a blind-embossed eagle at lower-left. Hitler signs in black ink at the conclusion, and WALTHER VON BRAUCHITSCH (1881-1948) cosigns at lower-right as the Supreme Commander of the German Army. Near fine condition.