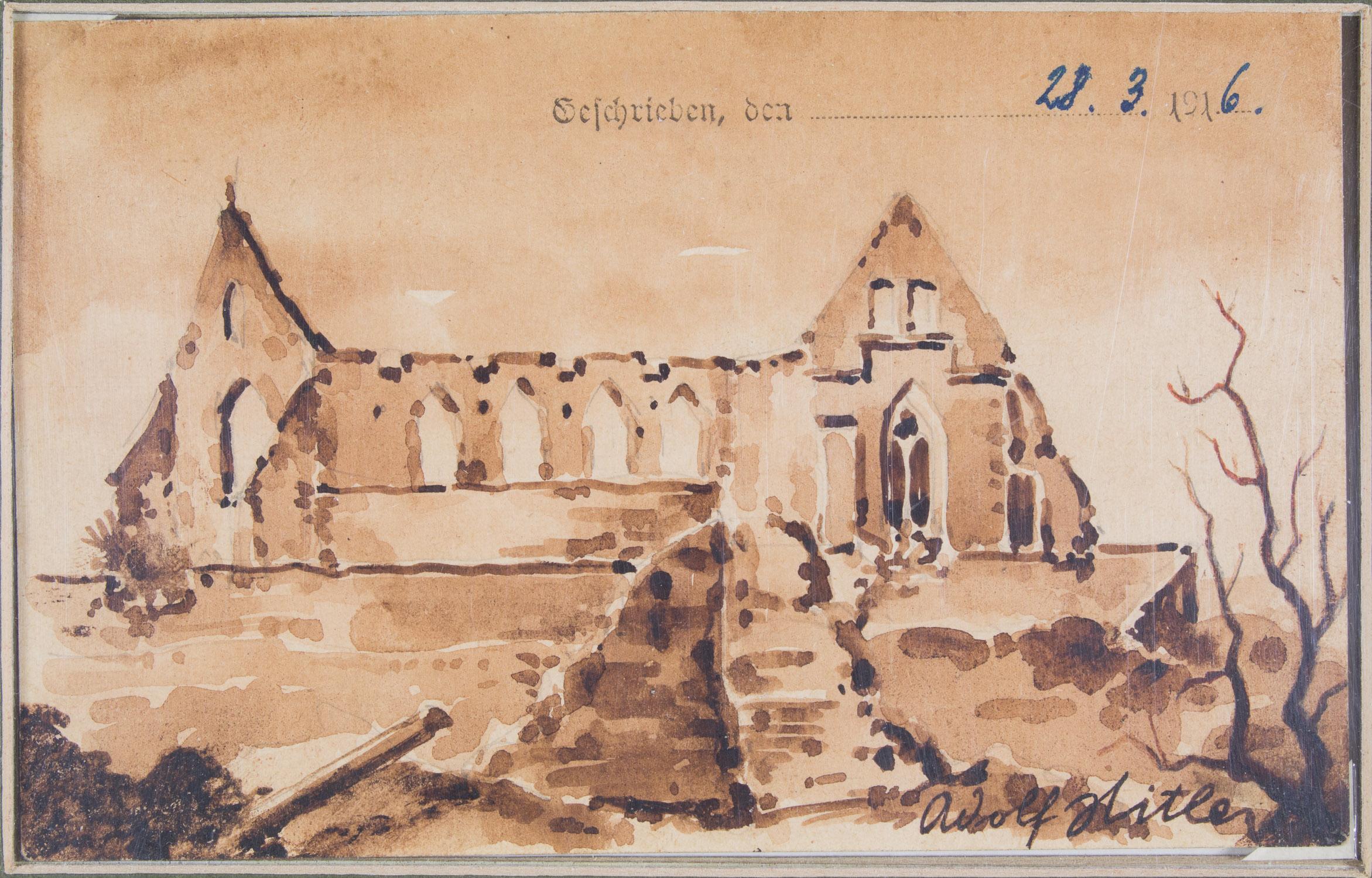 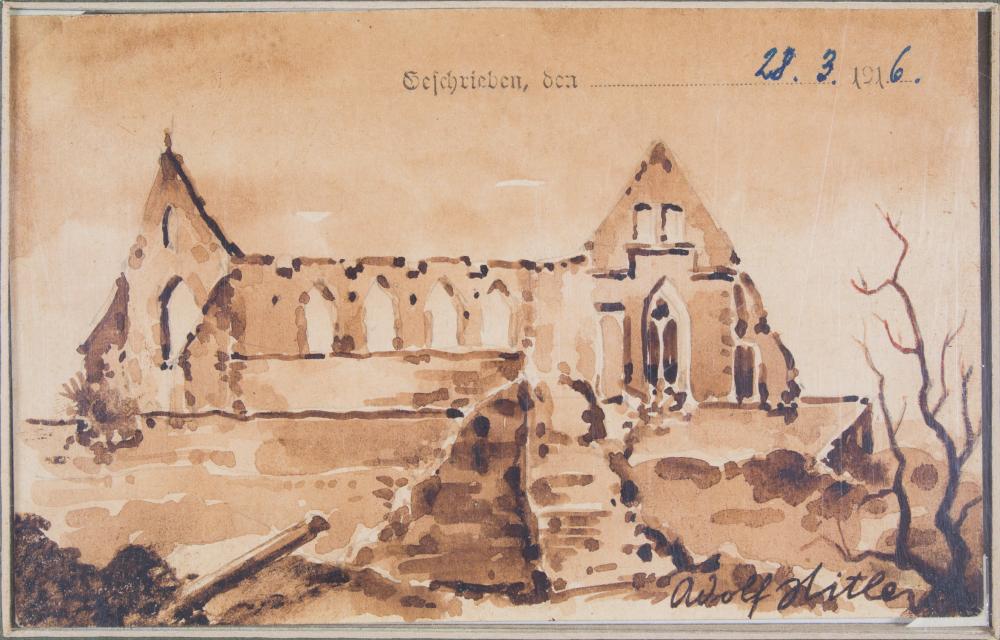 Early Adolf Hitler watercolor painting on a postcard, sent home by an officer of the 17.Infanterie Division to his mother in Berlin. The 5.5 x 3.5 in. postcard depicts a bomb-shattered shell of a church painted in somber tones of brown with the signature 'Adolf Hitler' painted at lower-right. The postcard is dated March 28, 1916 in another hand at top. The style is reminiscent of Hitler's other paintings made at the same time during the war. The reverse bears a '17.Infanterie-Div' circular postmark dated the same day as the painting. The sender, a Lt. Hans Langen of 'Ballon Abwehr Masch. Kan. Zug. 14', states that he has not had any news from his family for some time, nor from 'Peter' (presumably a brother or friend) since a year earlier. He has no news from Berlin, but did hear from another friend after a year and a half. He hopes someone will write to him soon. Simply framed so that both sides of the card are visible. Fine condition. This piece originates directly from the estate of Stephen Bumball, Sr. (1919-2005), an Army Intelligence officer during World War II who also served at the Nuremberg Trials, later becoming a well-known long-time collector of World War II autographs and memorabilia. This very piece appears on page 17 of autograph expert Charles Hamilton's definitive guide: 'Leaders & Personalities of the Third Reich, Volume II' (R. James Bend34, 1996). Hamilton notes the piece: '...is signed with a vigorous, very legible signature (typical of the WWI period and early 1920s)...Like many of Hitler's wartime watercolors, this view was painted on the message side of a postcard, then sold by the artist...for a dollar or two each in marks. Since there are large numbers of forged paintings by Hitler on the market, postcard watercolors of this type, bearing stamps and postmarks that establish beyond question their authenticity are highly prized by collectors...' According to our consignor, one of Bumball's direct descendants, this painting was given to Bumball directly by FRANZ VON PAPEN (1879-1969), Chancellor of Germany and Vice Chancellor in Hitler's early years of power. Von Papen and Bumball developed a close, friendly relationship in the 1960s, exchanged correspondence, and met on at least one occasion. Included in this lot is a signed photo by von Papen, 8 x 10 in. b/w, inscribed to Bumball as 'my young friend' in 1954, framed; and A.L.S. by von Papen to Bumball on his personal letterhead, 1p. 8vo., 1968, warm and friendly greetings for the holiday, adding: 'We are happy to see your government into excellent hands as Mr. Nixon - it will be a great hope for Europe too!...'; von Papen's funeral announcement and 'death card'; and a candid photo of von Papen taken when he met with Bumball. With notarized letter of provenance from the Bumball descendant. A rare opportunity to own a Hitler painting with long-time excellent provenance.