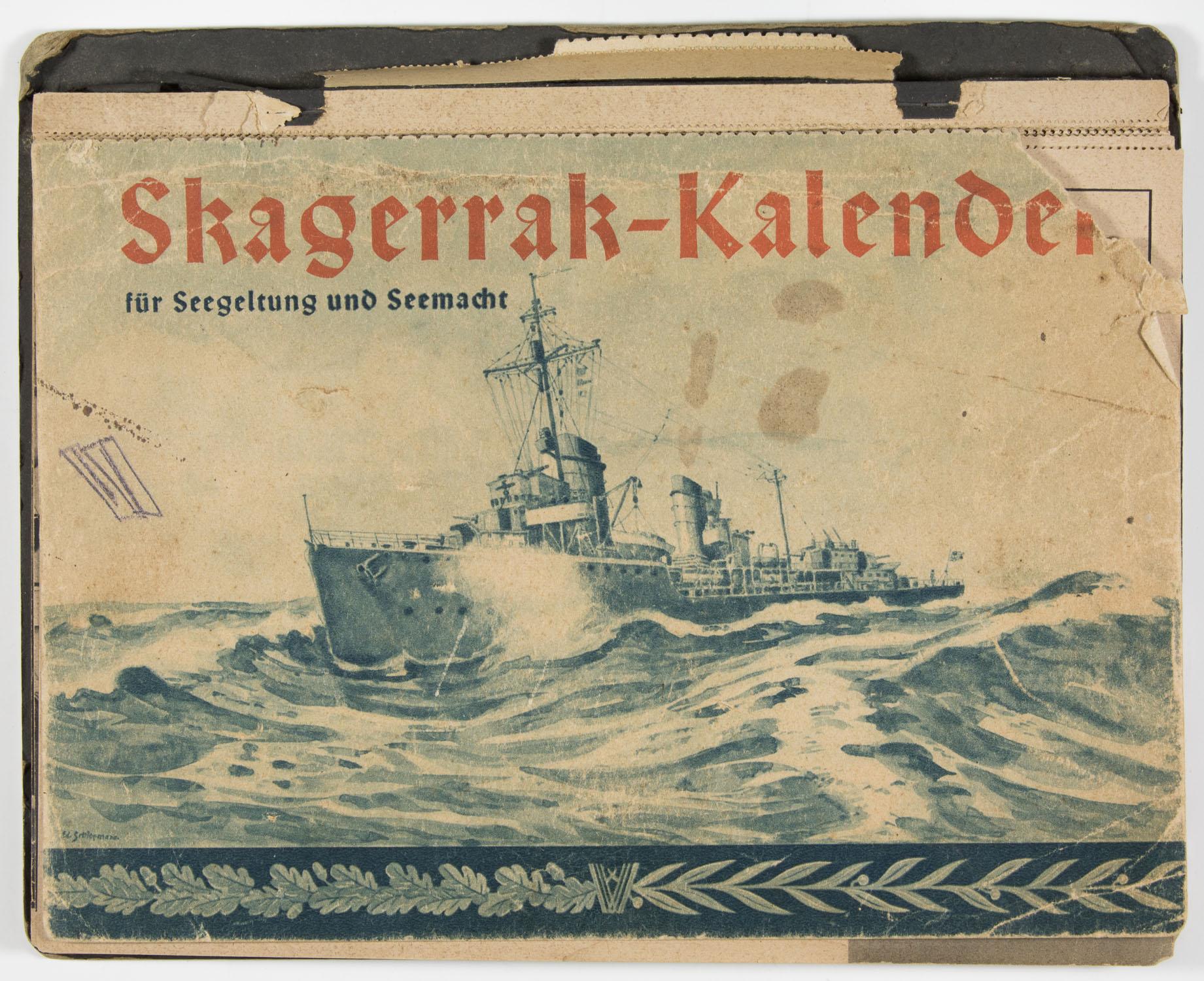 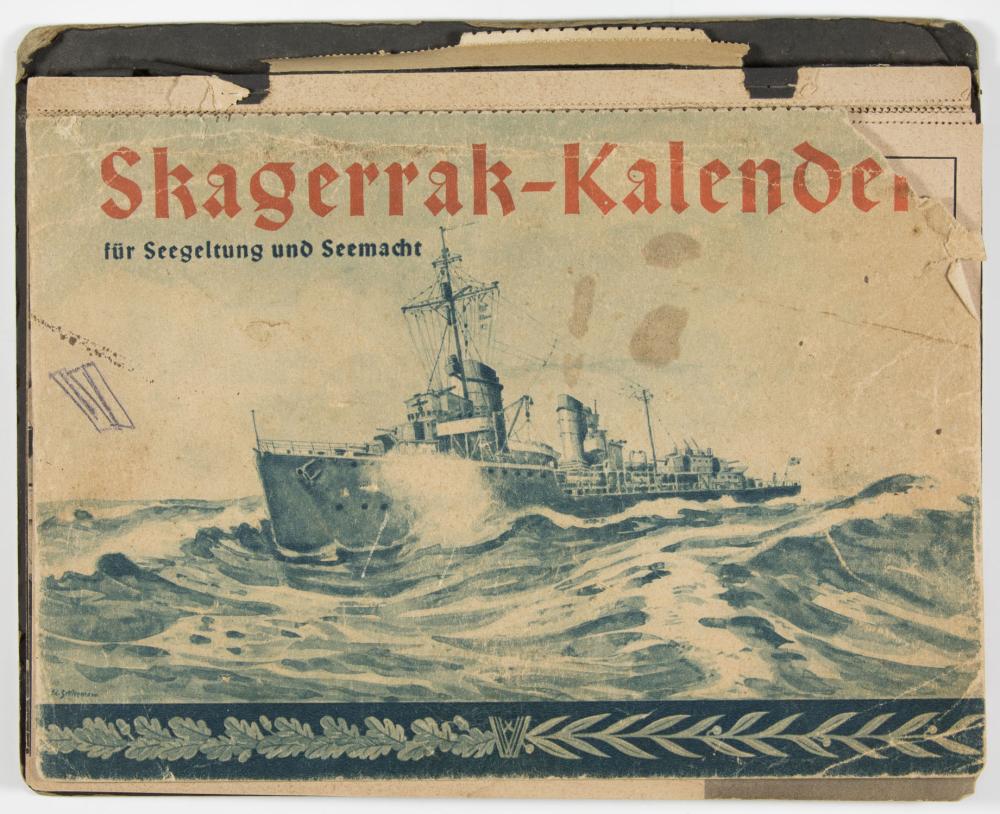 
1937 German 'Skagerrak-Kalender', purportedly taken from Hitler's office at the Berghof in Berchtesgaden. The calendar measures 9.5 x 7.5 in. and has illustrated pages for each week of the year, the photographs showing various Kriegsmarine and other marine scenes. The page for the week of Sep. 1-7 bears the stamp of 'F.M.J. Rehse Archiv' in Munich, a private archive purchased and maintained by the NSDAP. The cover is soiled, spotted, and chipped, and the first ten or so pages are disbound, else very good. This relic was believed to have been taken from the ruins of Hitler's Berghof by one of the first Americans on the scene, an M.P. fluent in German and French sent to liase with the French 2ieme Division Blindee (French 2nd Armored Division), the first Allied troops to reach Hitler's home. According to a detailed letter of provenance signed by our consignor, the son of the M.P. who recovered the artwork, the soldier was invited to 'Get what you want' when he arrived on the scene. He recalls that his father told him that this calendar was recovered from Hitler's office, though there is no explanation for the archive stamp. As the soldier's unit also passed through Munich, the possibility also exists that the calendar was taken from the Munich Rehse archive. While at the Berghof, the soldier recovered two oil paintings, as well as the seat of Hitler's commode, as mentioned in the book 'Hitler's Mountain.' Also included are copies of a photograph showing the M.P. at Berchtesgaden, his service record, and a 2001 news article.